With 2016 behind me, I’d be lying if I said I could look back without regret, knowing that I made mistakes and continued to learn lessons whilst on the road. The beauty of retrospect is that nothing feels as bad as it did at the time, but when you wind up without any option but to pay a $300 cab fare from one town to another in order to catch your train on time, you know first hand how much it sucks to be underprepared or have over planned. So here are the travel lessons I learned in 2016 (some are really, really stupid!)

Always pack an outfit in your carry-on

The first lesson came on a safari trip to Tanzania. I arrived to meet my friends Brooke and Hermione, who were also travelling from Australia but taking an alternative route through Kenya. Having lost my bags previously on the continent of Africa (somewhere in Ghana I am lead to believe – they eventually made their way to Johannesburg and caught up with me), I should have known better and packed an emergency fresh set of clothes in my carry-on. Luckily for me but not so lucky for my friends, my bags arrived on time at every stop. Unfortunately for them, their bags went missing and arrive on the second last day of our trip. And so the lesson struck a cord with me: always, always, always pack a toothbrush and spare set of clothes in your carry-on. 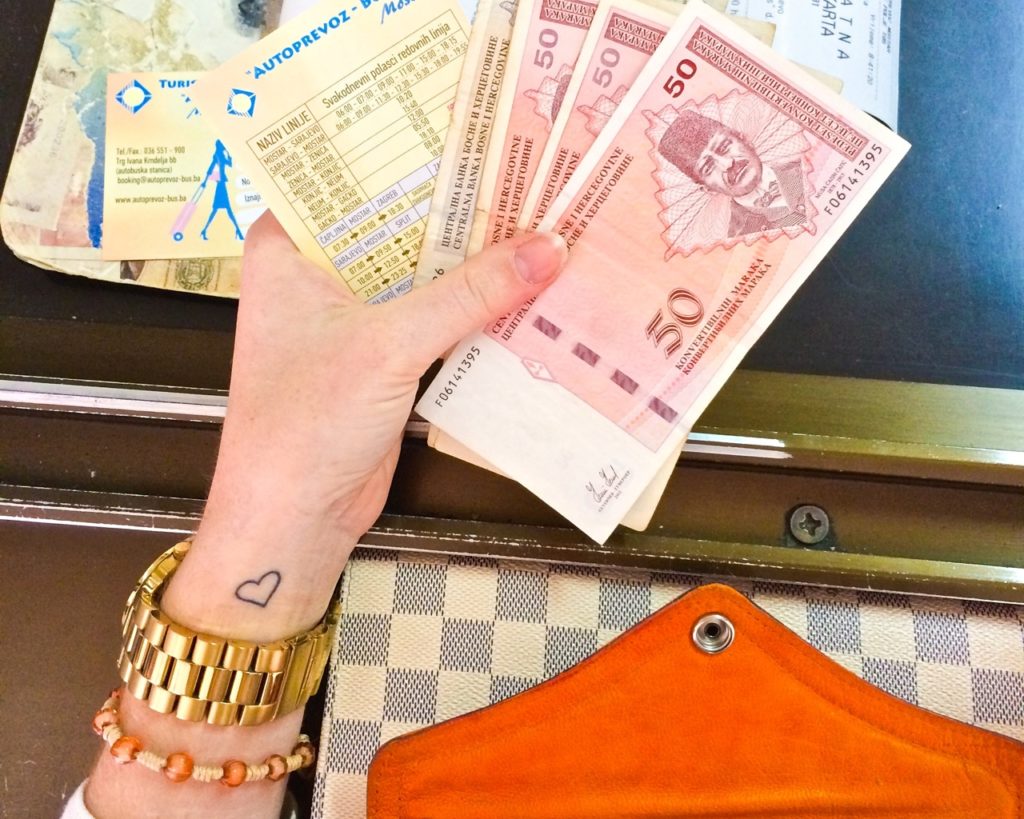 Early in the year I asked my dad if he would like to travel with me through Japan. It would be our first trip together since our tour of Europe when I was 17, so I was excited to show him another completely new experience in a country he never dreamed of travelling (other than the trip with me through Europe, he has only visited Thailand).

We had so much to look forward to – sushi, sitting on the floor for meals, ancient traditions, crazy cities like Tokyo and Osaka, and of course more sushi. What I did forget to do until five days before the trip was to book his airfare! I know it sounds silly and typing it publicly makes me feel pretty vague, but I got so caught up in planning all the fun activities that I forgot to book his flight (mine I had already booked some months earlier). So when I went to book his flight from Australia to Tokyo and back, I found that prices were at least triple what I had paid for my airfare some time ago. Suffice it say he didn’t get much for Christmas this year (a wheelbarrow), ha!

Some destinations are better enjoyed with others

Another trip taken early in the year has been a dream destination for me, for a very long time. I have always dreamt of visiting the Maldives – snorkelling in crystal clear waters, travelling to different islands, sipping with a straw flung in to a coconut for breakfast… believe me when I say the Maldives was all that and more! But this is a destination I knew I would not enjoy as much solo.

The Maldives is a honeymoon destination, mostly filled with couples on their honeymoon or enjoying an escape away from it all. If I were by myself I would have needed a whole library of books to keep myself entertained and I most likely wouldn’t have navigated rough waters on a jet-ski, gone couples kayaking (duh!), or perhaps even left the sanctuary of a private pool villa on stilts at all! Lesson learned: some destinations are to be saved and better enjoyed with others. 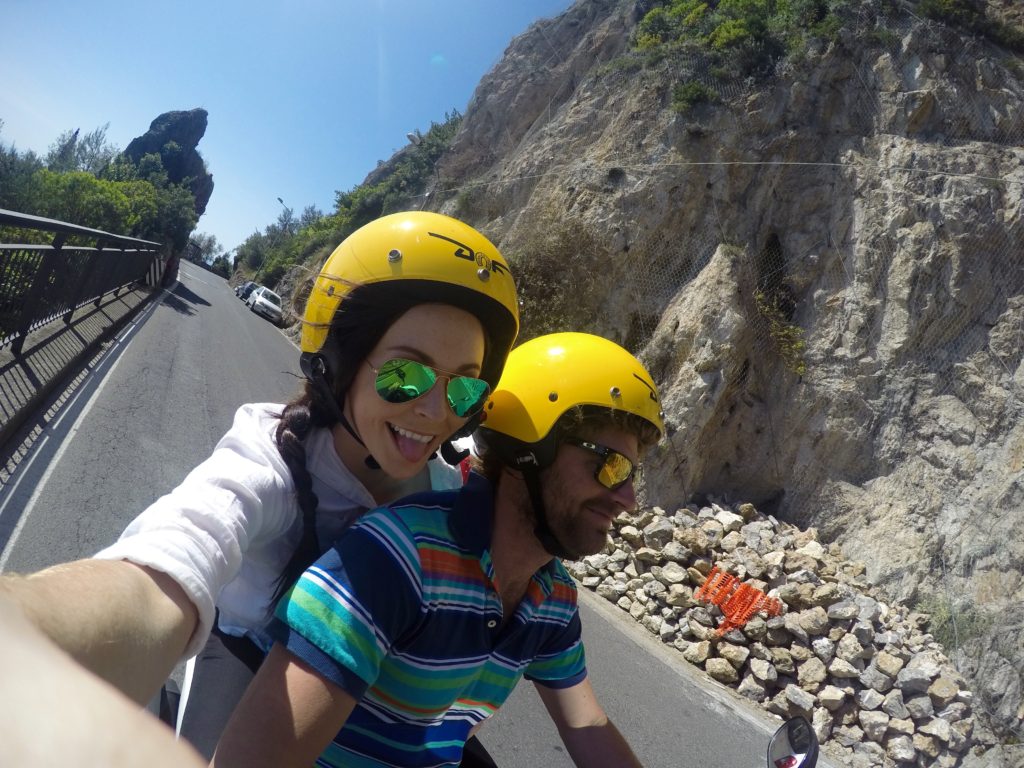 Learn to trust others (even with your life!)

Another destination I took my partner to last year was a trip through Switzerland, Italy and France. Each of these countries I have visited in the past but we were on a mission to visit new cities + towns neither of us had travelled to and make memories of our own.

One such location was the Amalfi Coast in Italy, where we decided to rent a vespa and drive the coastline from town to town. Now for anyone who has been to the Amalfi coast, you will know this is a little crazier than it sounds: the streets are narrow and experienced drivers fly around corners like it is nobodies. Despite the romanticism of riding a vespa around the coastline, it can be a little (okay, a lot!) hair-raising at the best of times. Luckily for me I was not in control of the vespa, or else I’m sure we would have been travelling at 10km per hour, glued to the centre of our lane. My partner has ridden motorbikes his whole life so I put myself in his hands and let the rest take care of itself. Looking back it is one of the most incredible memories I have from Italy and all of Europe!

On the same trip through the Amalfi Coast, I learned first hand that there is a fine line between under-planning and over-planning. As someone who tosses between one approach and the next, I found myself completely overestimating public transport when I believed we could travel from Positano to Naples seamlessly, finding that it would in fact take at least half a day to do so and multiple transfers (which would have been fine if we weren’t glued to a train ticket time to reach Milan by that afternoon!)

Lesson learned: don’t look at a map and judge the distance as an indication of how long it will actually take to travel when relying on public transport. It is not worth the $300 cab ride to make it to your train on time. 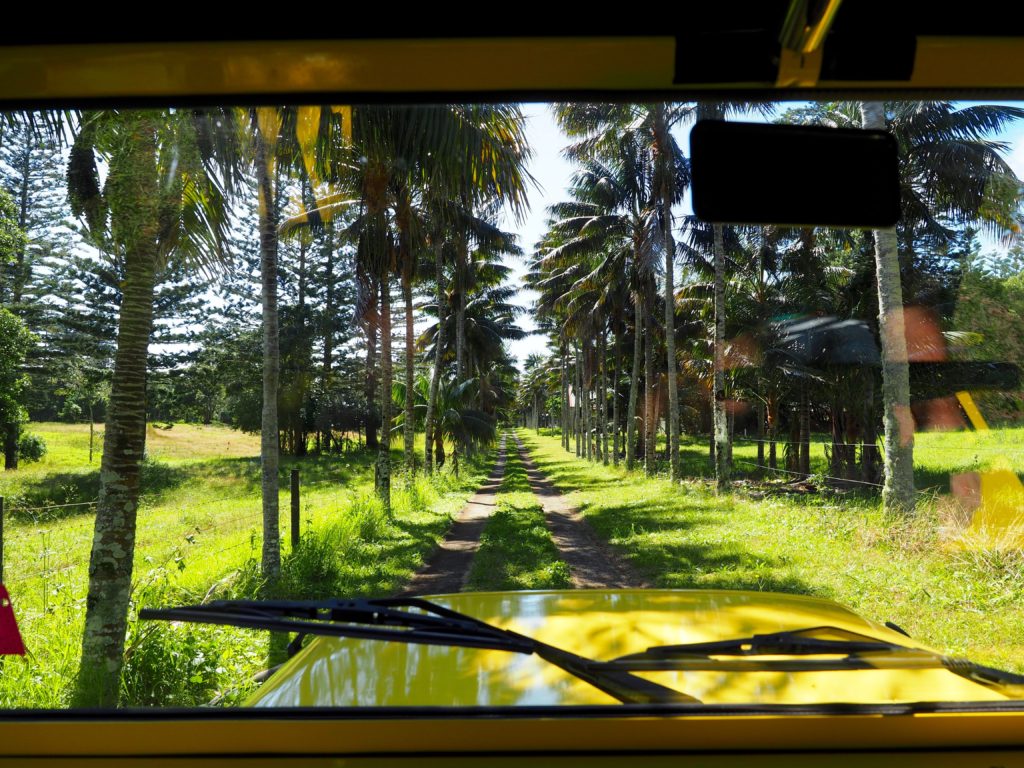 I’ve made it no secret that my favourite discovery last year was an island off the coast of Australia known as Norfolk Island. Before visiting the destination I had no idea the place even existed (blame my Southerly location in Aus), nor had I read about it in travel guides or heard about it from anyone who had visited. And yet despite it being completely off the grid to me, when I arrived I fell head over heels in love with the place. Untouched, unspoiled and a world away from reality.

Lesson learned: the best kept travel secrets are those you haven’t ever heard of.

Last year I ticked another all-time bucket list destination off my list: Texas. For what feels like forever I have wanted to visit Texas and travel around the Lone Star State. Unfortunately for me (ever the optimist), I discovered a little late in the piece that the weather here is excruciatingly hot in the summer – way too hot for walking everywhere.

I learned this lesson about 2 kilometres in to my walk from a shopping centre back to my hotel, when I had no other way of getting back and no data to book an uber. Thankfully I saw light at the end of the tunnel about half way through my endeavours. It came in the form of a Starbucks sign, free wi-fi, and a stinkin’ hot uber ride back to my hotel (ha!) 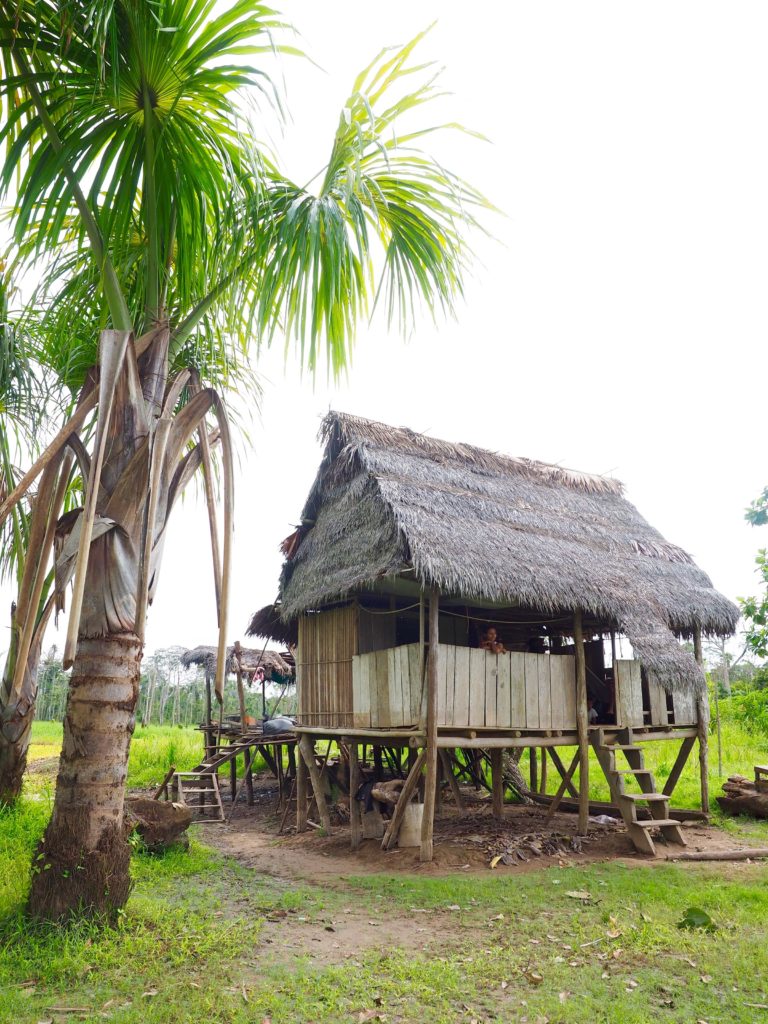 Never skimp out on Travel Insurance

Over the past year I have also been working as an advocate for travel insurance with Southern Cross Travel Insurance. After numerous claims (flight delays, cancellations, hospital in South Africa, hospital in North America), I knew I had “made the most” out of having travel insurance and should make sure my readers have the same peace of mind.

This past year I enjoyed a pretty carefree ride on that front, but having racked up tens of thousands of dollars in hospital bills in previous years, I still stand by the claim that if you travel, you absolutely must have travel insurance. I learned my lesson with burn out, a kidney infection, missing flights and smashing my laptop screen when travelling. All have been covered through my insurance policy, no questions asked. #winning 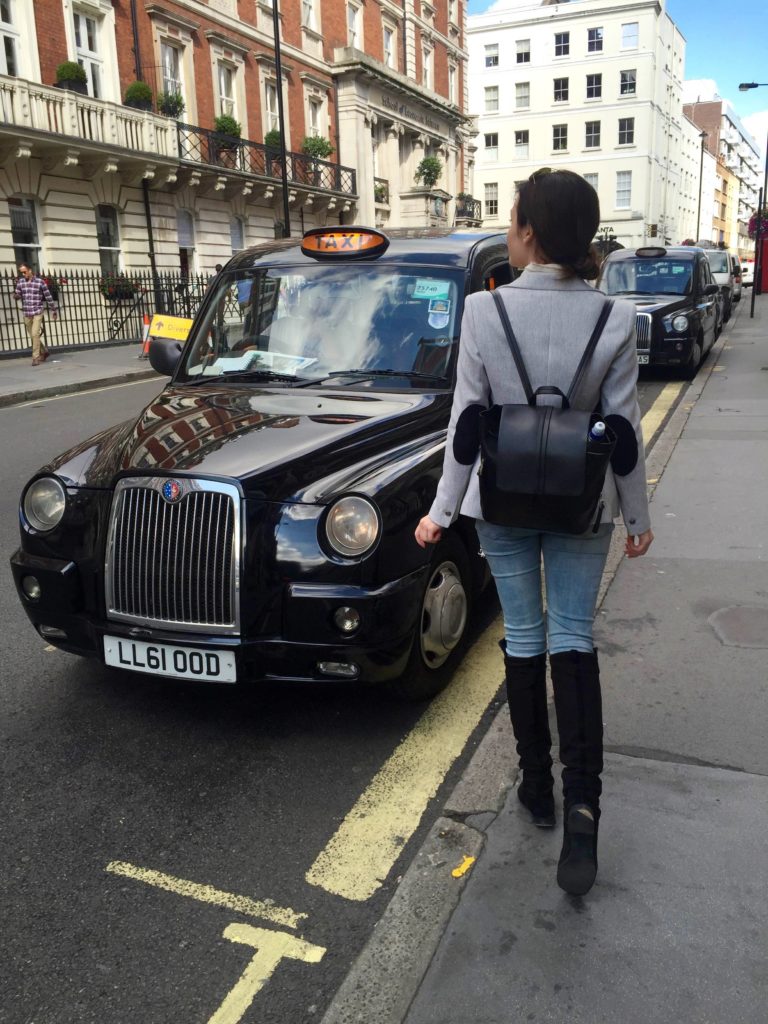 For my 25th birthday I wanted to not only do something special, but to also be somewhere special. Thus when a trip to Norway fell around the time of my birthday, I made plans to visit London either side of the trip and invite my mum along on the trip, for she has a slight obsession with Scandinavian architecture and design, so I believed she would also love this trip as much as I would.

Upon arriving in London I was reminded in a matter of hours just how expensive London is. Our first order of business was to jump on the “Hop on Hop off” Sightseeing bus, as my mum had never visited London before and I still believe this is a quintessential London experience for first timers. With the conversion back to Aussie dollars, I was up for about $100 for our tickets – at least double what you would pay in other cities! Despite the reminder that London is still one of the most expensive cities to visit in the world, it is still one of my faves!

The more you try, the better you become

I have a confession to make: I am the world’s worst skier. That may be a slight exaggeration, but for my snow-loving boyfriend I’m sure he would almost certainly agree. Last year we travelled to Zermatt, Switzerland, for a few days of skiing amidst our Europe trip. I hadn’t really told him how bad I was, thinking that in some way my over-confidence might lead me to be a few ranks better than I was the year before when I had first stepped on skis in Arosa, Switzerland. Turns out this wasn’t the case.

The first day was filled with stumbles, tears, and walking down the mountain for fear of flying off (in my defence we were on a red slope – not entirely beginner friendly!) The following day I awoke with a kick of adrenaline, determination and fearlessness. By the end of the day I was flying down the red slopes (okay, maybe more like rigidly navigating my way down), but enjoyed it nonetheless. If you never try, you never know.