The image that has stuck by association with Rio’s favelas (shanty towns) after years of struggles couldn’t be further from the present day reality. So, what are Rio’s favelas really like? I took a tour with Don’t be a Gringo! Be a Local to find out.

Years ago you wouldn’t dream of entering a favela, let alone wandering through them at a slow and steady pace, marvelling at the sights, and inquisitively listening to your guide. Nowadays you arguably wouldn’t come to Rio without visiting a favela. 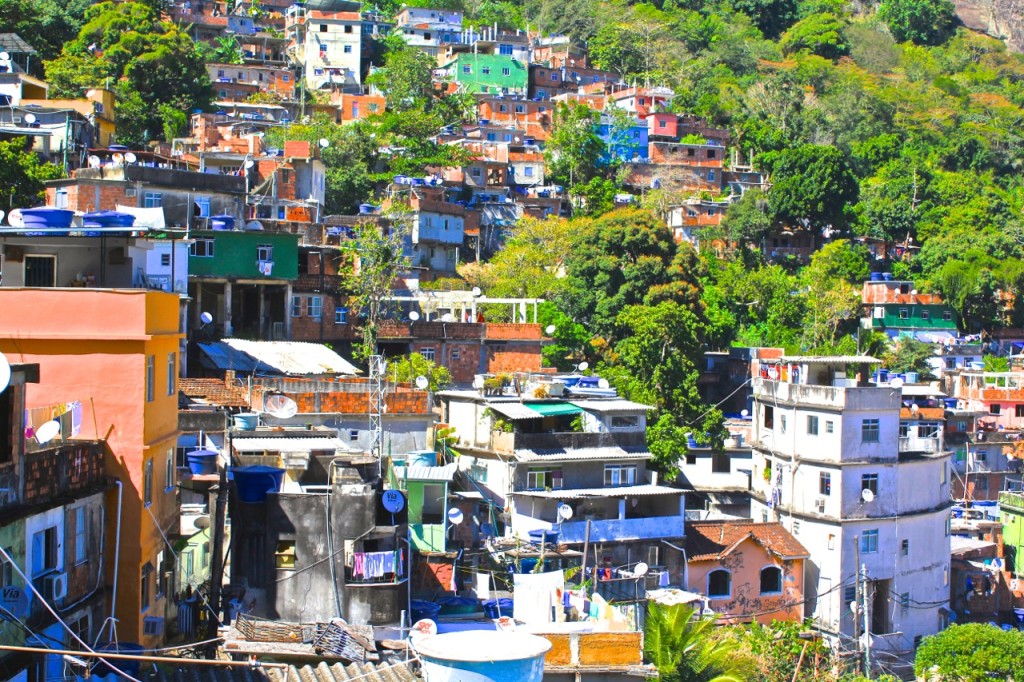 In 2008, the ‘pacification project’ began, whereby Peacemaker Police Officers came into the favelas and set up permanent bases to clean up the shanty towns in time for the 2014 World Cup. The policy was understandably controversial, but has introduced stability in many of the favelas, now making them safe to visit as a tourist intrigued by the large disparity of wealth in Brazil.

The favela tours on offer don’t fall victim to tourism in terms of being a fantasized version of the truth. Rather, these tours show tourists the unfortunate circumstances many people in Rio face as a result of the large disparity in Brazil’s economy.

What was surprising was the real estate prices in the favelas – which have been soaring in recent years. Granted, these homes have the most enviable views on the hills of Rio. The tour will also introduce you to local artists and present the opportunity to make purchases should you wish to do so.

There is of course the concern that as a tourist peering into the lives of the poor this could be dubbed considerably disrespectful, however by choosing a tour agency that aims to put money and life back into these communities, you are contributing in your own unique way as well as better understanding the lives of others less fortunate.

Woke up in Paris 💋