Whilst Frankfurt, the economic centre of Europe and Germany’s most important business district, might not commonly feature on travellers’ European itineraries, it is nonetheless a great city to explore on a stopover. Its huge international airport (the third busiest on the whole continent) means that it is a popular hub for connecting flights within Europe and in particular with Lufthansa flights. Although on the surface Frankfurt might not seem to be the most interesting city to explore, I assure you, there is much more to the city than office buildings! The airport’s close proximity to the city centre makes it super easy to get out and do some exploring before catching your next flight so whether you have three hours or three days, here’s how to make the most of your Frankfurt stopover! 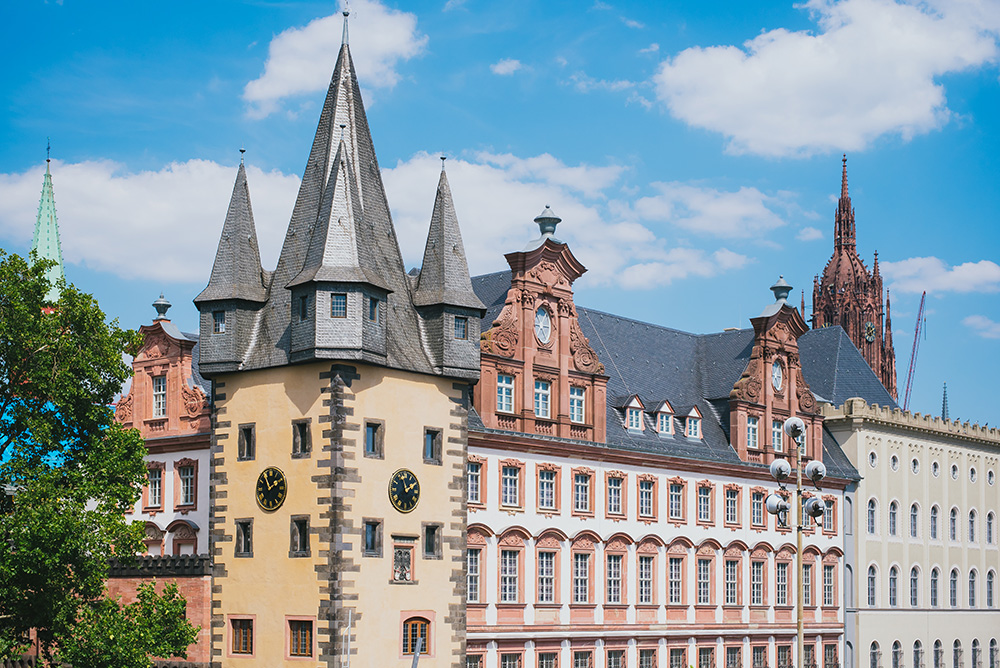 How to Make the Most of a Frankfurt Stopover

With its towering, glinting skyscrapers and big-city pace, you won’t find a city quite like Frankfurt anywhere else in Germany. In fact, Frankfurt’s modernity is at odds with everything else that Germany is known and loved for — the charm of Bavaria, the mysticism of the Schwarzwald (Black Forest), the cultural hub that is Berlin, the fairytale castles dotted all over the country — which is exactly why a stopover in Frankfurt will make for a unique experience you won’t find anywhere else in the country. 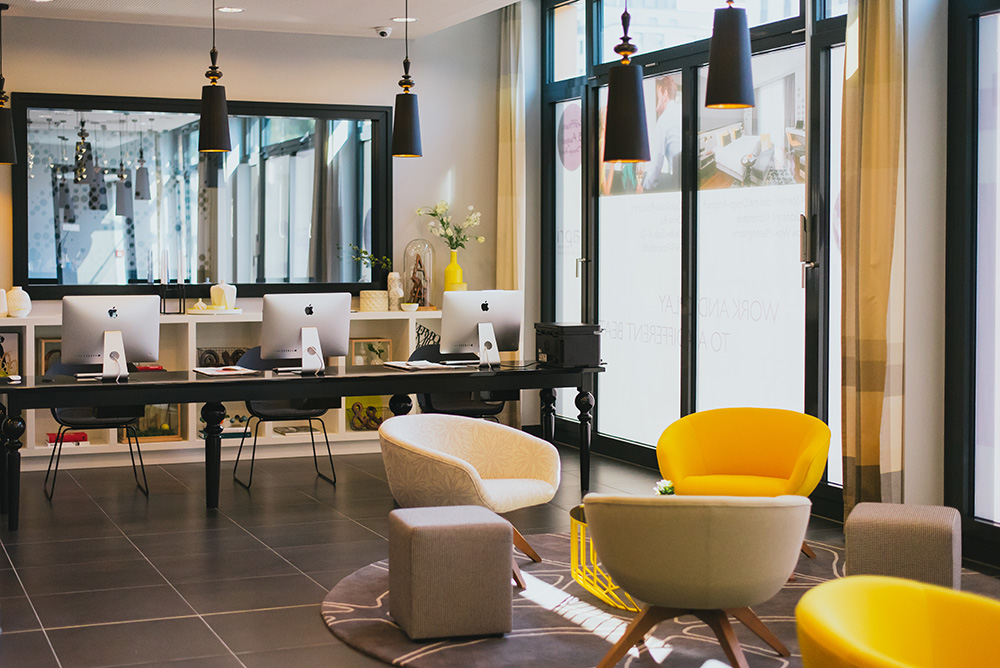 Check in: Capri by Fraser Frankfurt

There is no shortage of accommodation options in Frankfurt being the international hub that it is and there are hotels to suit all budgets. If you’re someone who values great design as well as value for money, one of Frankfurt’s newest design hotels, the Capri by Fraser Frankfurt, is a great choice. It’s well-located and offers some of the most spacious rooms in the city, all of which come equipped with a kitchenette. There’s a killer cocktail bar downstairs too — the perfect way to toast your arrival into Frankfurt! 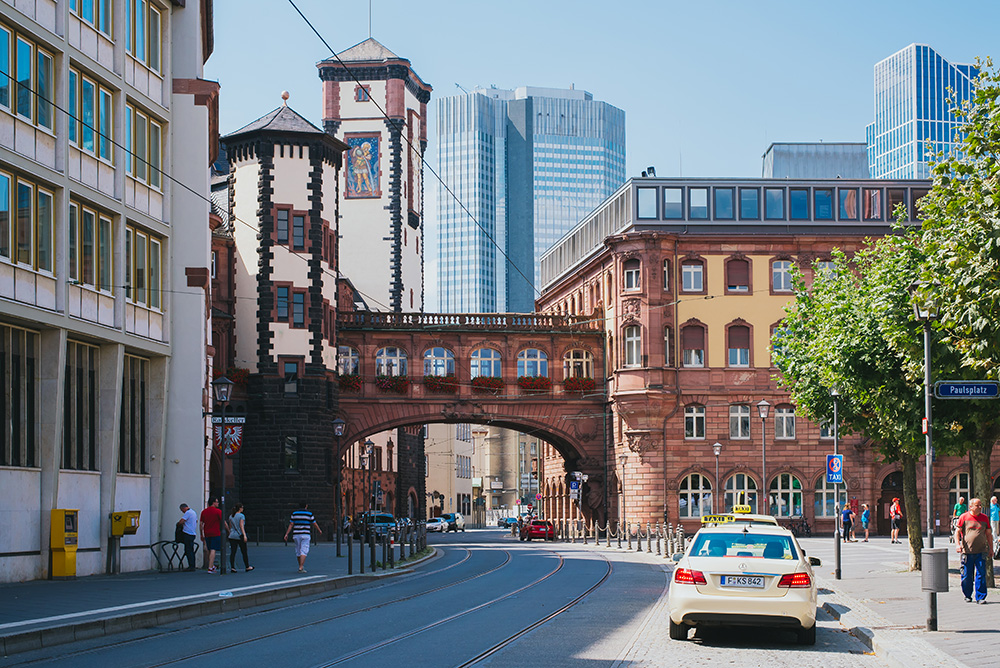 Check it Out: Don’t Miss…

The city centre is only a 15 minute train ride from Frankfurt International Airport, so there are no excuses to spend your stopover in the airport lounge! Here’s what you shouldn’t miss on your stopover. 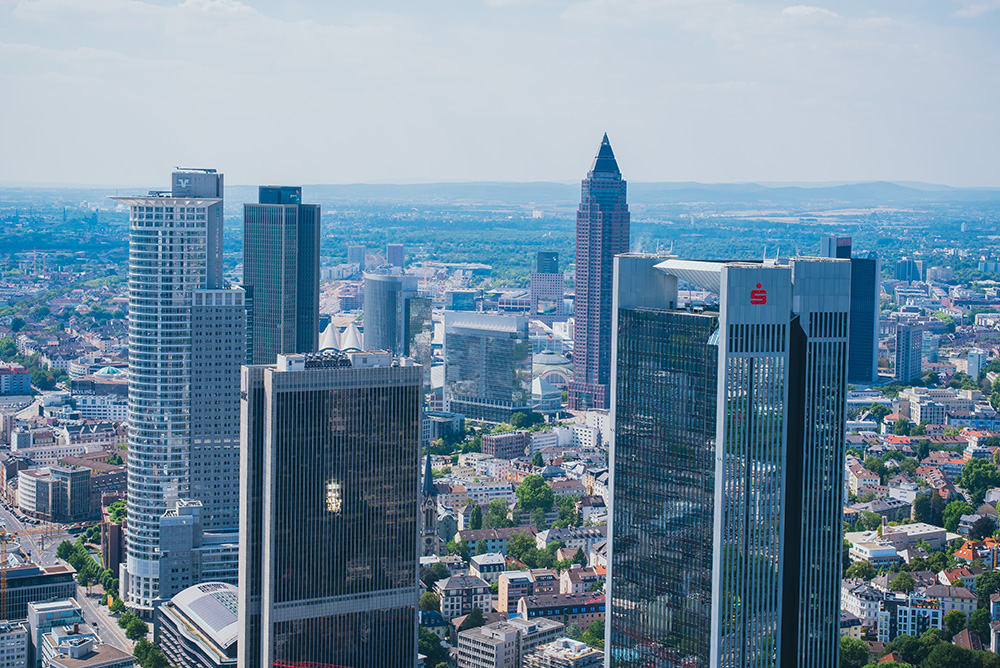 Whilst skyscrapers might be a common feature of the city skyline where you’re from, they are certainly not common in Germany! Frankfurt is the only city in the country with a glittering skyline like this. The city’s most defining feature, Frankfurt is also nicknamed ‘Mainhatten’, in reference to the city’s full name which is Frankfurt am Main and in comparison to the impressive skyline of Manhattan. 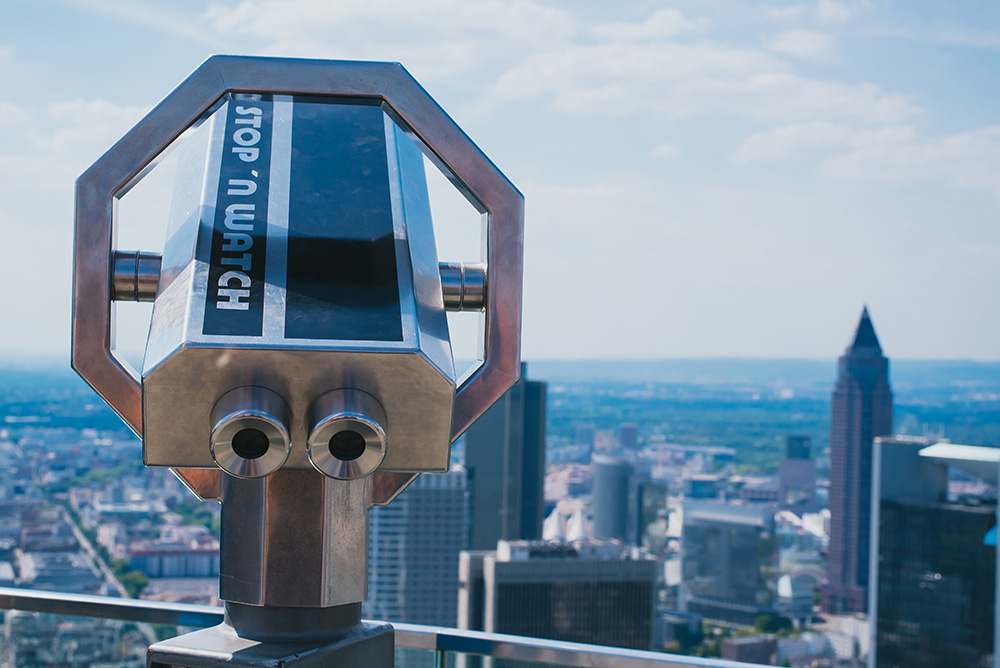 The views from the Main Tower

You’ll find some of the best views of the city from the Main Tower, Germany’s fourth tallest building and the only skyscraper in the city with a public observation deck. Feel your ears pop as you shoot up the 56 floors to the viewing platform, Frankfurt’s highest vantage point. 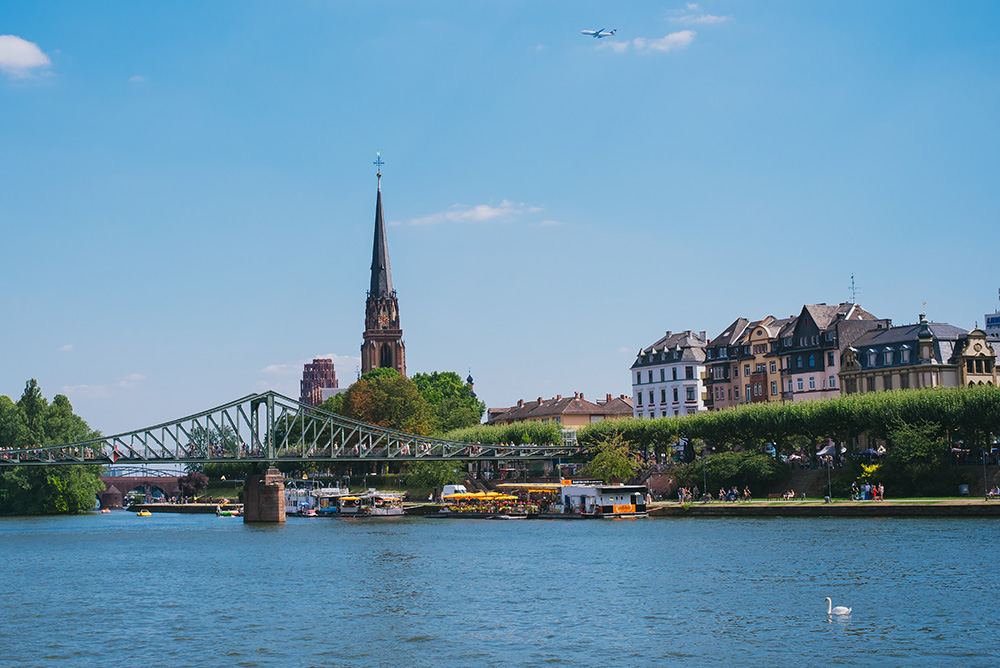 Wander down to the banks of the Main River, which cuts through the city centre. It’s a lovely place to watch the planes taking off and landing or to catch some sun in the warmer weather. Boat tours are also a popular activity among visitors. 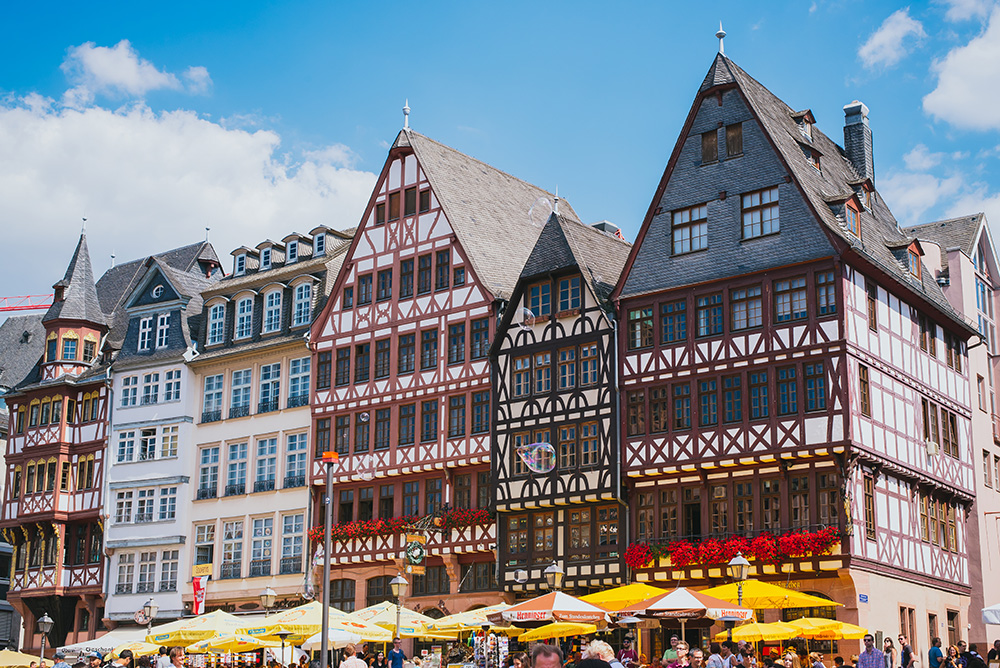 Roömerberg is the name of the old medieval centre of Frankfurt and it is here that you can really see the contrast between the old and the new. With ultra-modern skyscrapers in the distance, the quaint old town is made of cute half-timbered houses with pointed roofs and flower-filled balconies. Although it suffered heavy damage in WWII, it has been reconstructed beautifully. This is a really nice place to have a glass of apfelwein (apple wine), a Frankfurt favourite, and do some people-watching.

The huge Euro sign, located at the former headquarters of the European Central Bank is a favourite photo spot for visitors who want to capture this symbol of Europe’s currency.

Frankfurt is one of Germany’s most international cities and so its restaurants bring some great international cuisine to both locals and visitors alike. If you want to experience the best of Frankfurt’s culinary offerings, ensure that one of these restaurants is on your list.

Fancy dining in the clouds? You can if you book a table on the 53rd floor of the Main Tower at a height of 187 metres. Grab a seat by the window for sunset and enjoy a great dinner with magnificent views.

If your stopover is on the longer side and you’re looking to have an extra special culinary experience, dining at the Michelin-starred Restaurant Villa Rothschild will be something you will never forget. It’s located out of the city in a former country residence and is one of the top 40 restaurants in Germany.

Have you visited Frankfurt on a stopover? How did you make the most of your limited time there?