Museums in Paris amount to a whopping 153 in total, with many more galleries and exhibitions, so it’s little wonder that the art scene can be overwhelming. There is a museum for every interest; a vampire museum, a taxidermy museum and one dedicated to the underground sewerage system. Quirky museums aside, Paris is home to one of the most competitive art collections in the world spanning every century and every movement. Here is a guide to the top museums categorised by Impressionism, Renaissance Art, Modern Art and Sculptures to help you to uncover your favourite artists and paintings in Paris. 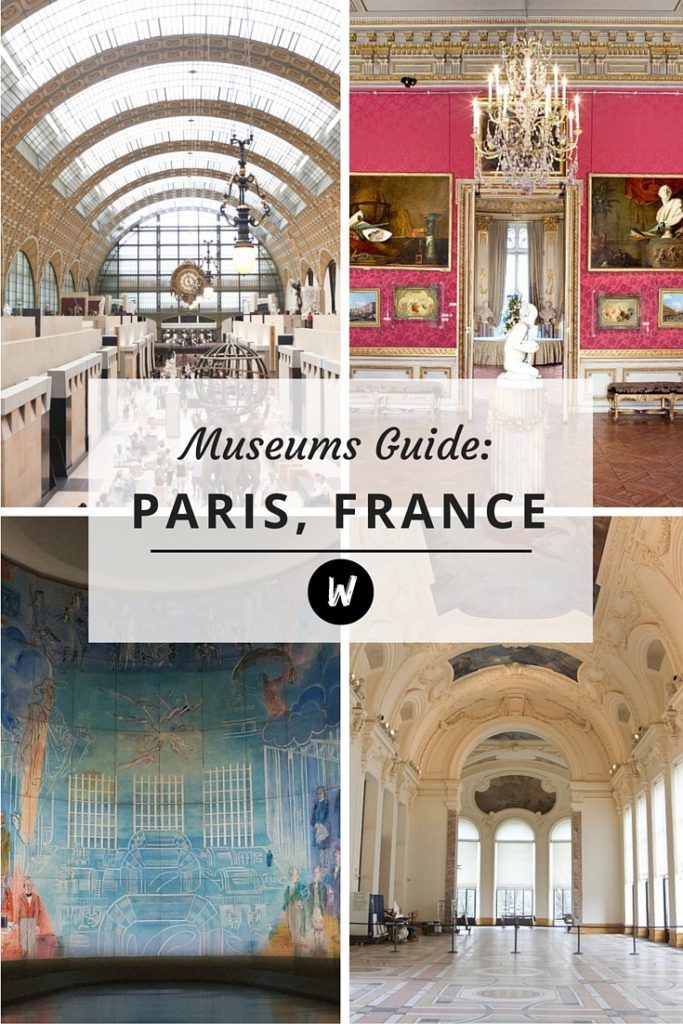 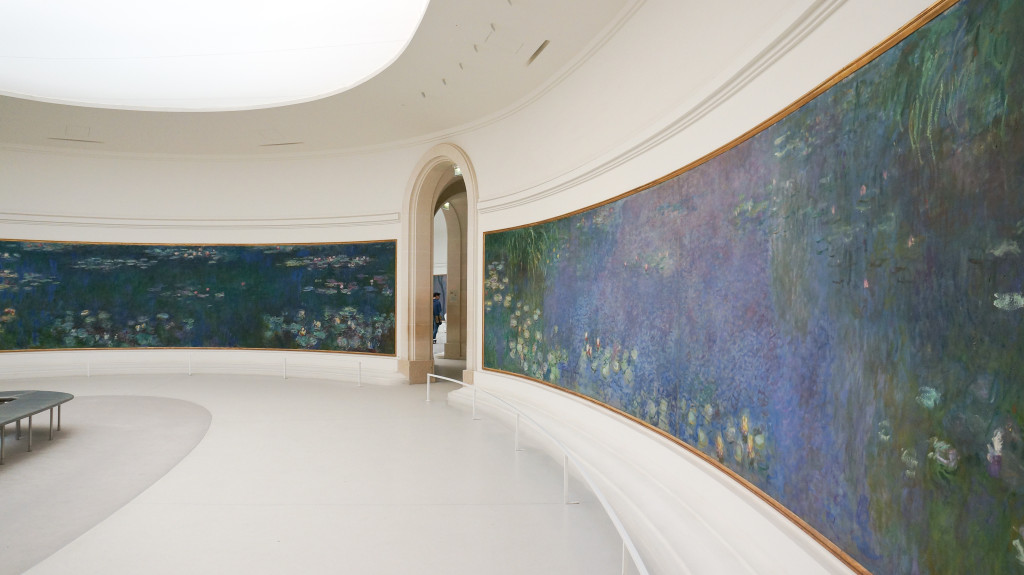 The Musée de l’Orangerie is most famous for its large tableaux of Monet’s water lilies. There are rooms dedicated to these pieces where natural light pours in from the glass room highlighting how truly striking his paintings are. The museum is also home to an abundance of other impressionist painters such as Cezanne, Matisse and Modigliani. 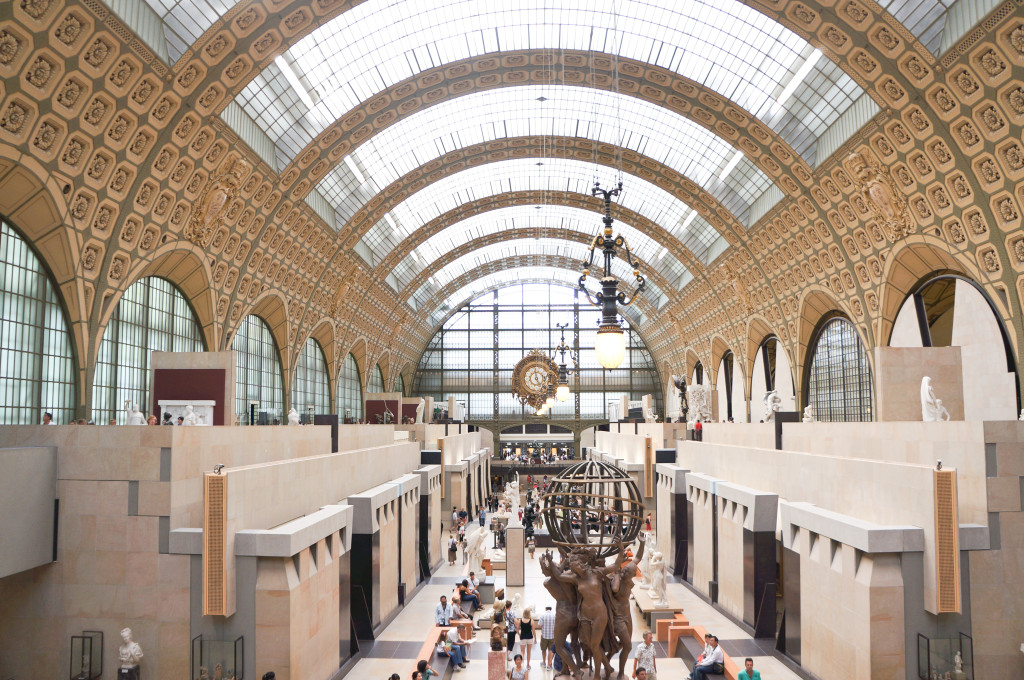 A former train station, the Musée d’Orsay has since become one of the most famous museums in Paris. It houses a large collection of Impressionist painters such as Manet, Renoir, Pissarro and Caillebotte. There is nearly always a wonderful exhibition being showcased so check the website before you go and make sure to arrive early to beat the long queues. Don’t miss the grandfather clock on the upper level and the view of Paris through its hands.

Other Impressionist museums include the Musée Marmottan-Monet, the Musée National Gustave Moreau and the Musée de la Vie Romantique. 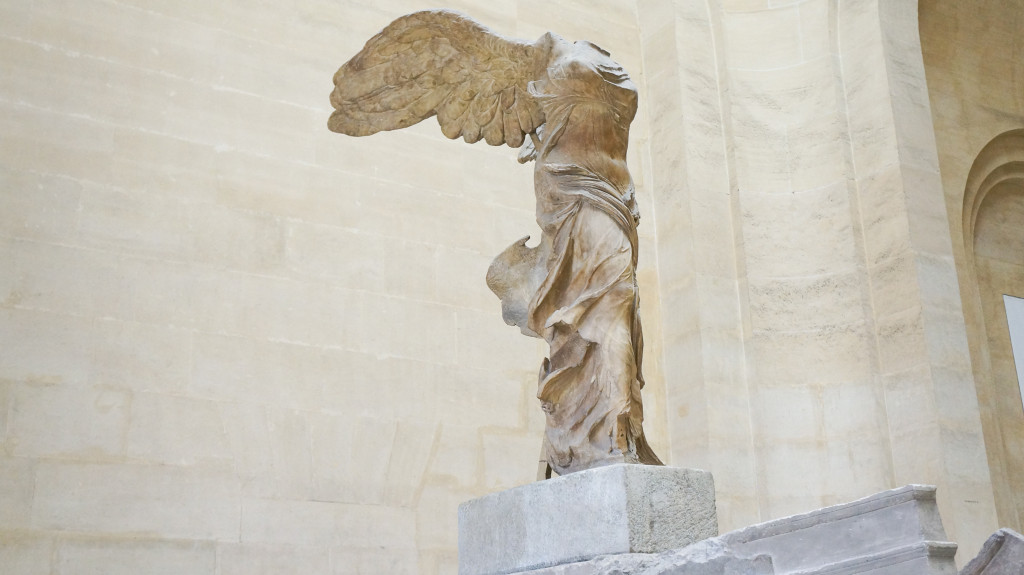 The Louvre was once the palace and home to the French monarch but it has now become one of the most famous museums in the world, arguably housing the largest art collection in the world. Many flock here for the famous three: the Mona Lisa, the Winged Victory of Samothrace and the Venus de Milo but I would recommend getting lost in the sculpture halls or one of the Renaissance halls. It is intimidatingly big and would take countless visits to see every piece of art, therefore I would recommend visiting one section at a time so as not to overwhelm yourself. 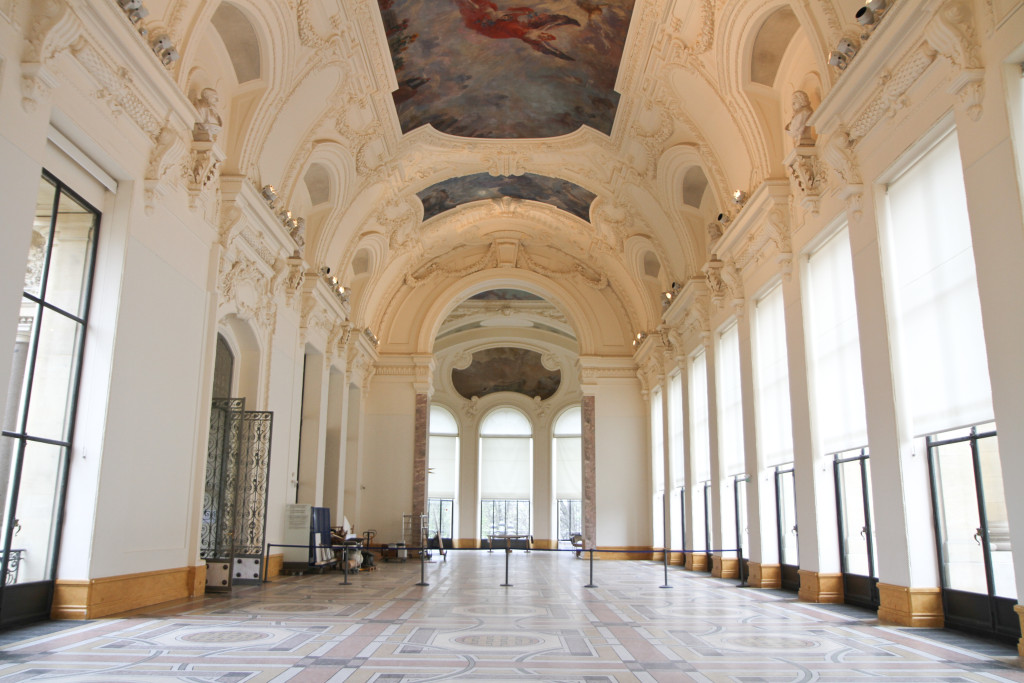 Similar to the Eiffel Tower, the Grand Palais and the Petit Palais were built for the 1900 Universal Exposition to showcase the best of Paris at the time. The Petit Palais now houses a museum with a beautiful collection of French and Italian Renaissance art as well as sculptures and tapestries. If you’ve got time, have a pot of tea in the courtyard surrounded by the pretty gardens. 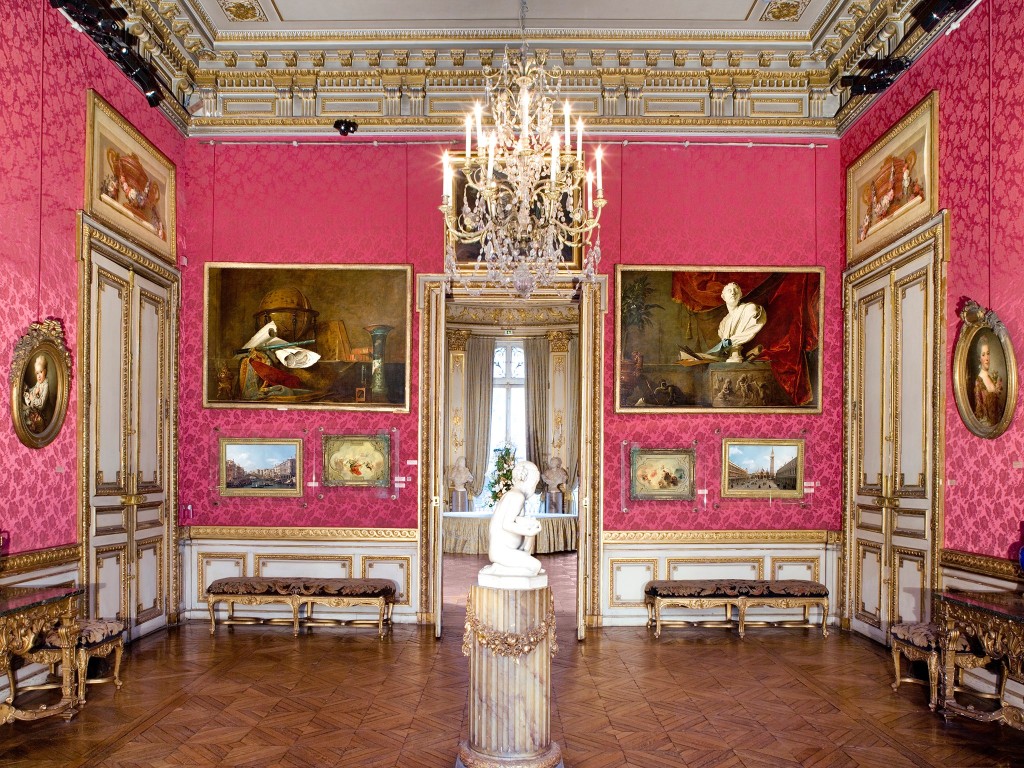 Edouard André, a banking heir, and Nélie Jacquemart, a celebrated painter, collected pieces of art from their travels around the world to fill their mansion. Their staggering collection of Italian Renaissance art, French art and Flemish art fills the museum and is now open to the public to view. (Photo by Recoura) 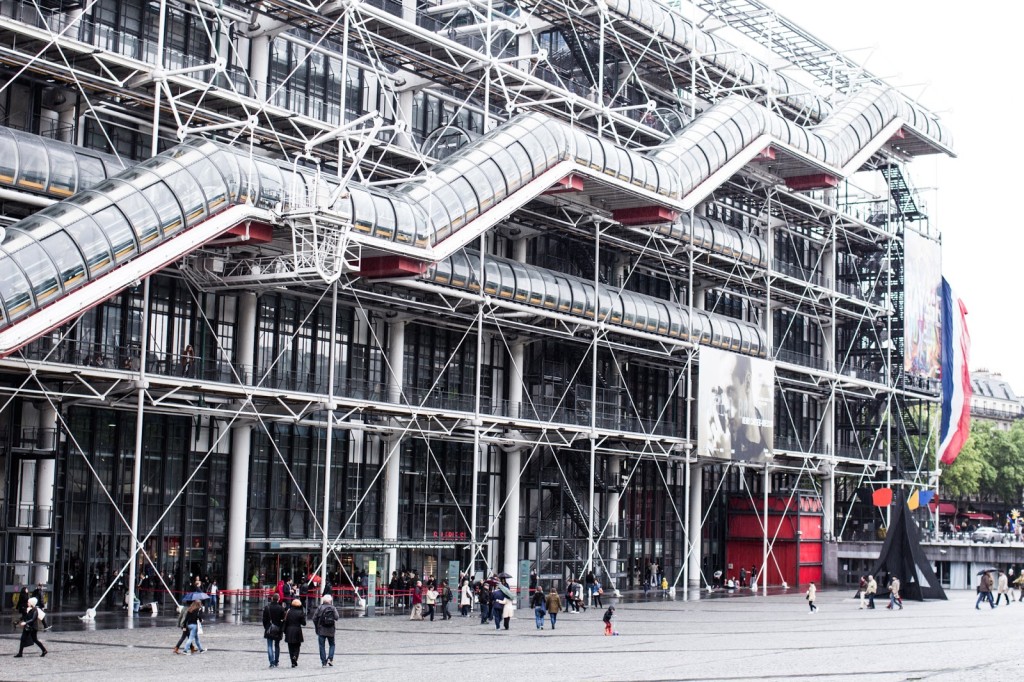 The Pompidou center is the biggest modern art museum in Paris and houses the largest collection of modern and contemporary art in Europe with artists such as Kandinsky, Miro and Dali on show. The building itself has become an icon of modern architecture in the city with its glass material and exposed pipes snaking around the exterior of the building. (Photo by Rue Rodier) 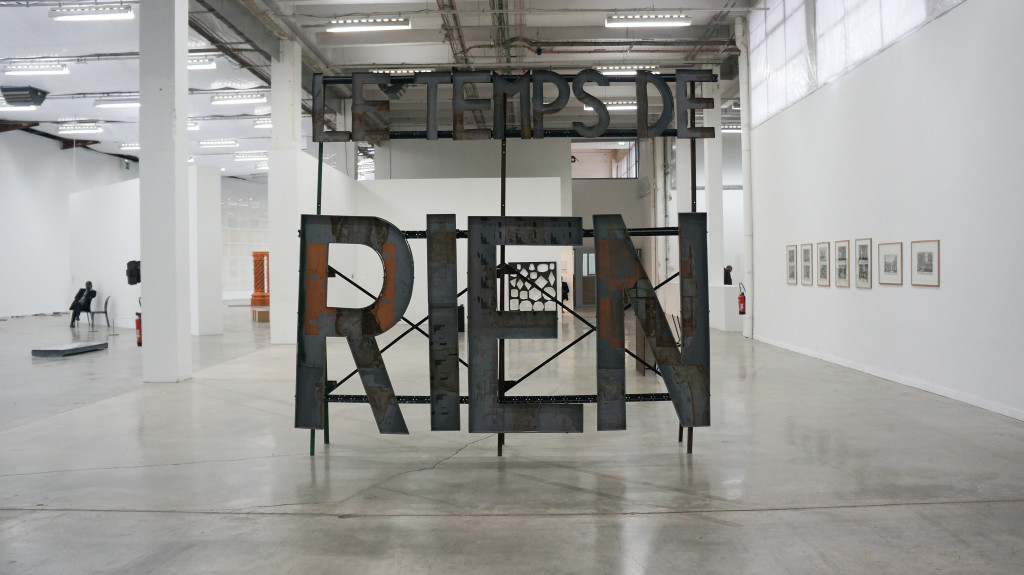 The Palais de Tokyo is noticeably one of Paris’ coolest museums. It always holds thought provoking exhibitions, has a photo both in the entrance hall and also houses a fantastic restaurant which always receives rave reviews. 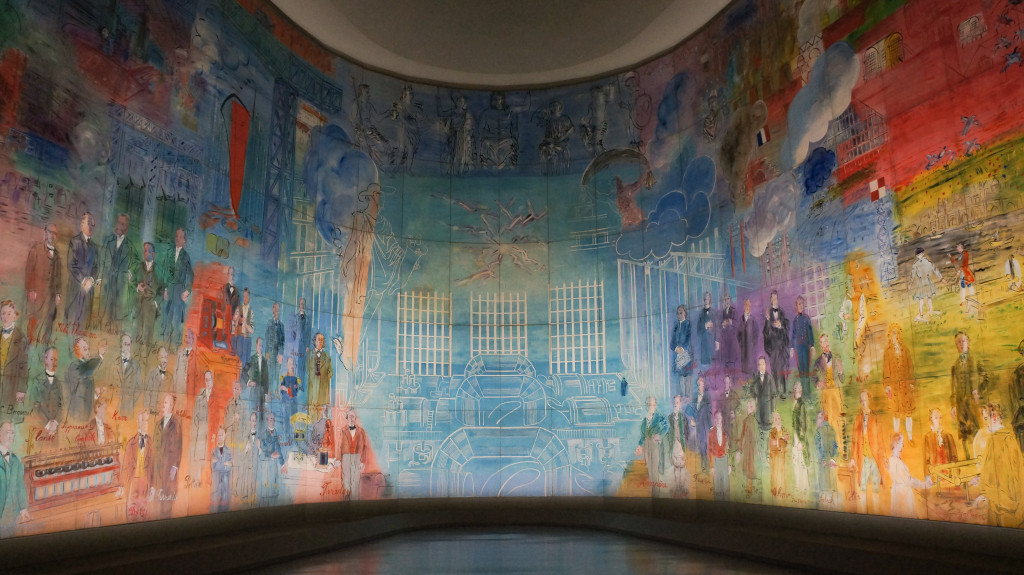 This museum is significantly smaller than the aforementioned Pompidou center but no less worth a visit. It showcases a competitive collection of contemporary and modern art and many works by Matisse, Klein and Braque. Don’t miss the masterpiece la Fée Electricité by Raoul Dufy which shows the history of invention, ideas and electricity over the centuries, photographed above. 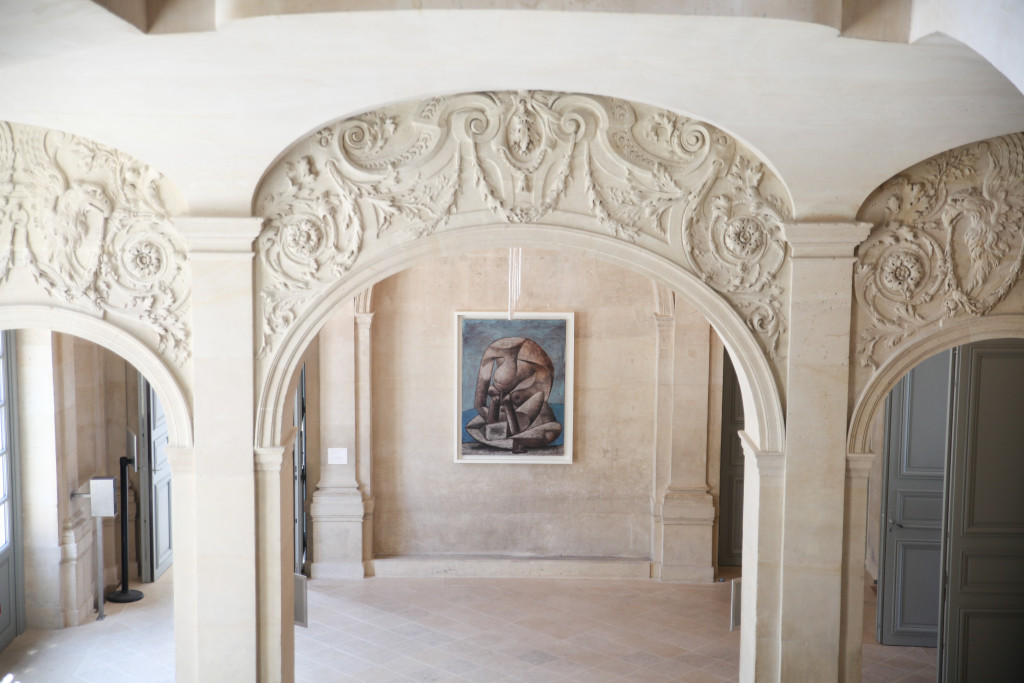 The long anticipated Picasso museum finally opened its doors to the public in 2014 after a lengthy 5-year refurbishment. Art lovers rejoiced at the opening of this museum dedicated to the works of the great Spanish painter Pablo Picasso. The museum houses 500 of Picasso’s works, sculptures and pieces of modern art by additional artists.  A visit to this museum is a must, not only for the art but also for the building itself with its honey hued interior, marble columns and ornate staircase.

Other modern art galleries include the Yvon Lambert gallery and the Fondation Cartier pour l’Art Contemporain. 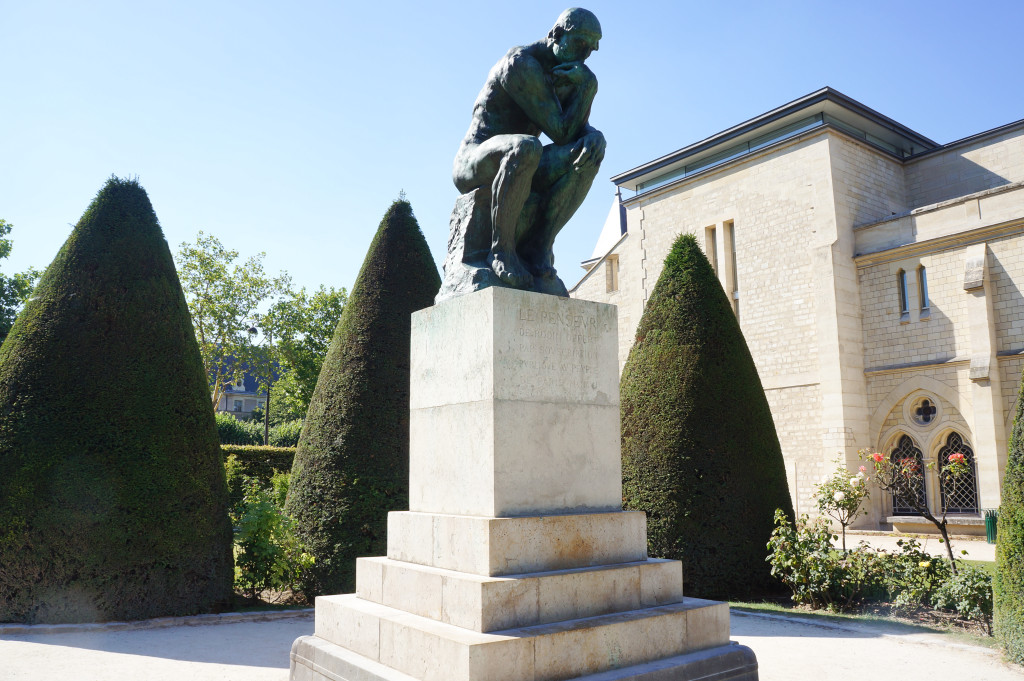 The Rodin museum is a favourite for many and is the sculpture museum to visit in the city. Auguste Rodin’s sculptures are located both in the museum and dotted throughout the gardens, the most famous of which is le Penseur, photographed above. 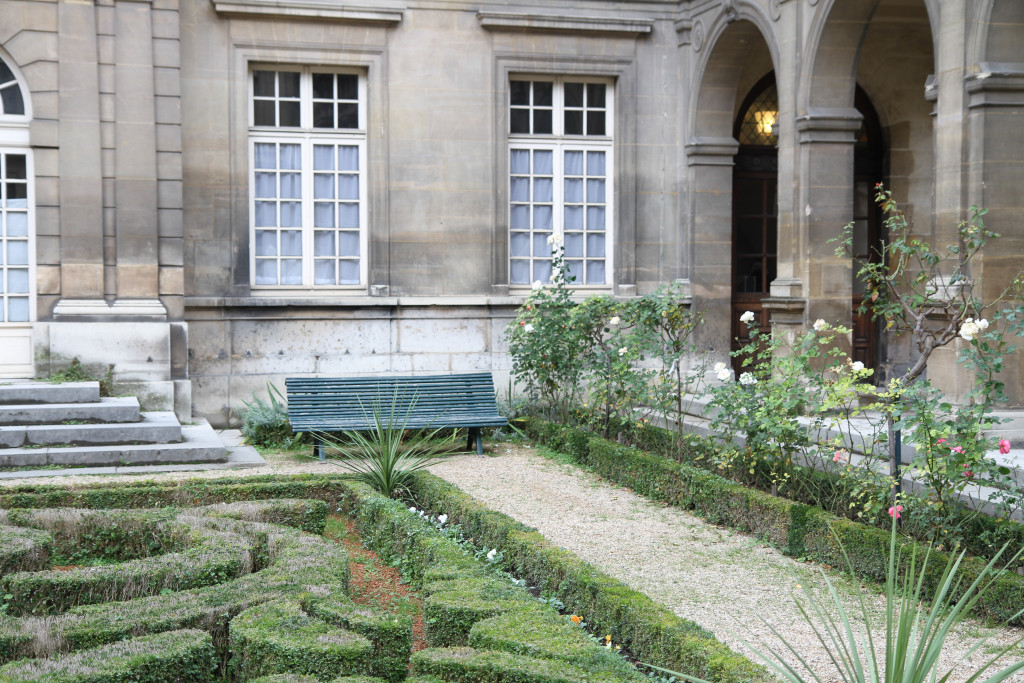 The Carnavelt museum tells the story of Paris, its history, its citizens and its quirks. It does so through its old-worldly furnished rooms and objects on display which share fascinating tales of Parisian history in an eclectic way. Located in Le Marais district, Carnavalet is a great museum to combine with an afternoon stroll in one of Paris’ most happening neighbourhoods.