Hey friends! It has only been a few weeks since I landed back home from my annual trip to Paris, but I’m already suffering severe withdrawals from my favourite city in the world (dramatic but whatevs).

I’ve put together a list of my favourite Instagrammable places in Paris, many of them hidden secrets and a few iconic gems you can’t miss out. Happy snapping! 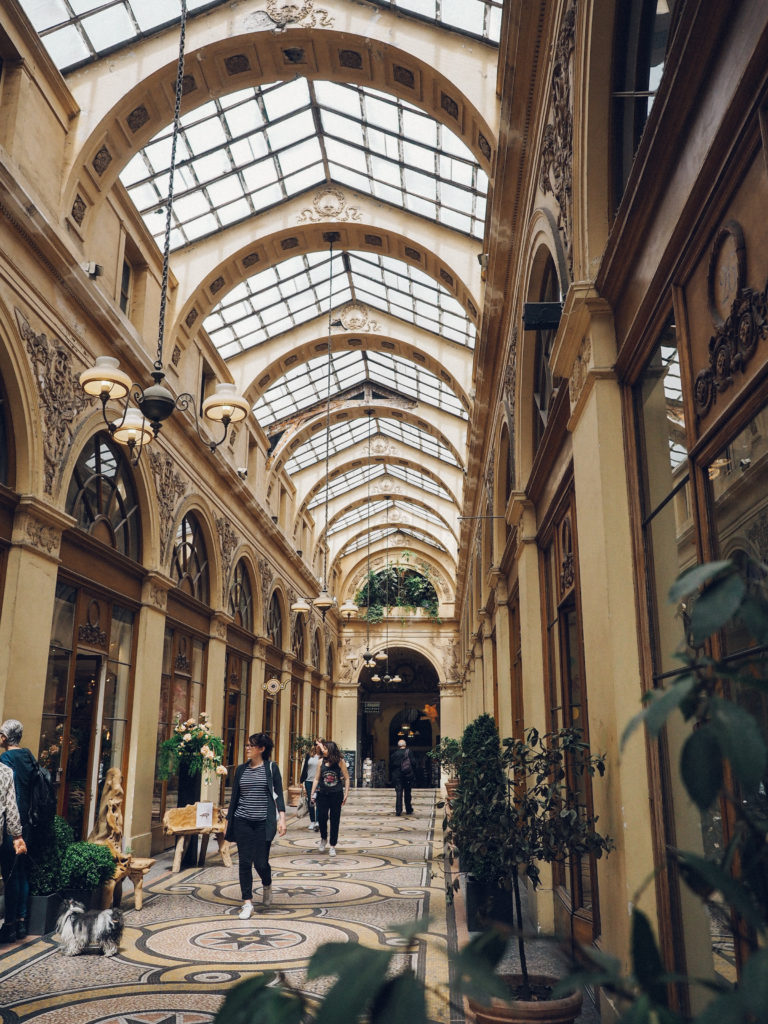 1. The Secret Passages of Paris

Hidden away from the grand boulevards and streams of tourists are the most beautiful nostalgic passageways that will transport you back to the golden age of Paris. These hidden passages were mostly destroyed in the modernisation of Paris, however around 40 still remain and retain the beauty of Paris more than a century ago. 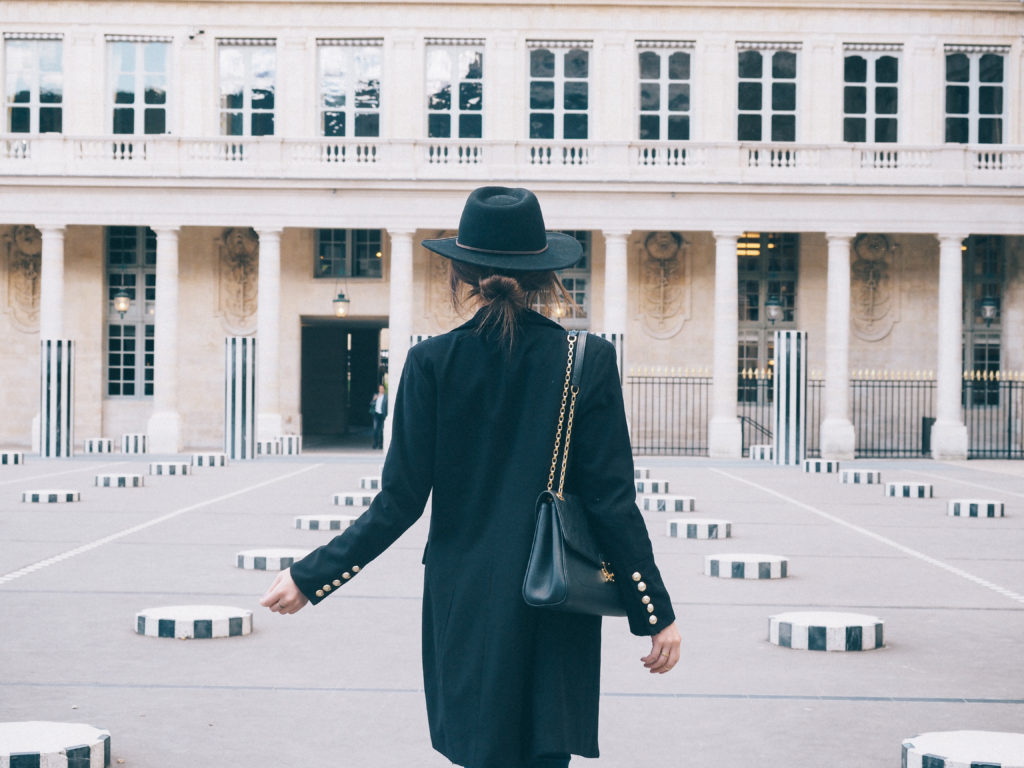 The 17th-century arcades and iconic striped columns have become a blogger’s favourite during fashion week, so be sure you stop by to see what all the fuss is about! Located a short walk from the Louvre, many visitors to Paris walk by the Palais Royal without even realising it is there. 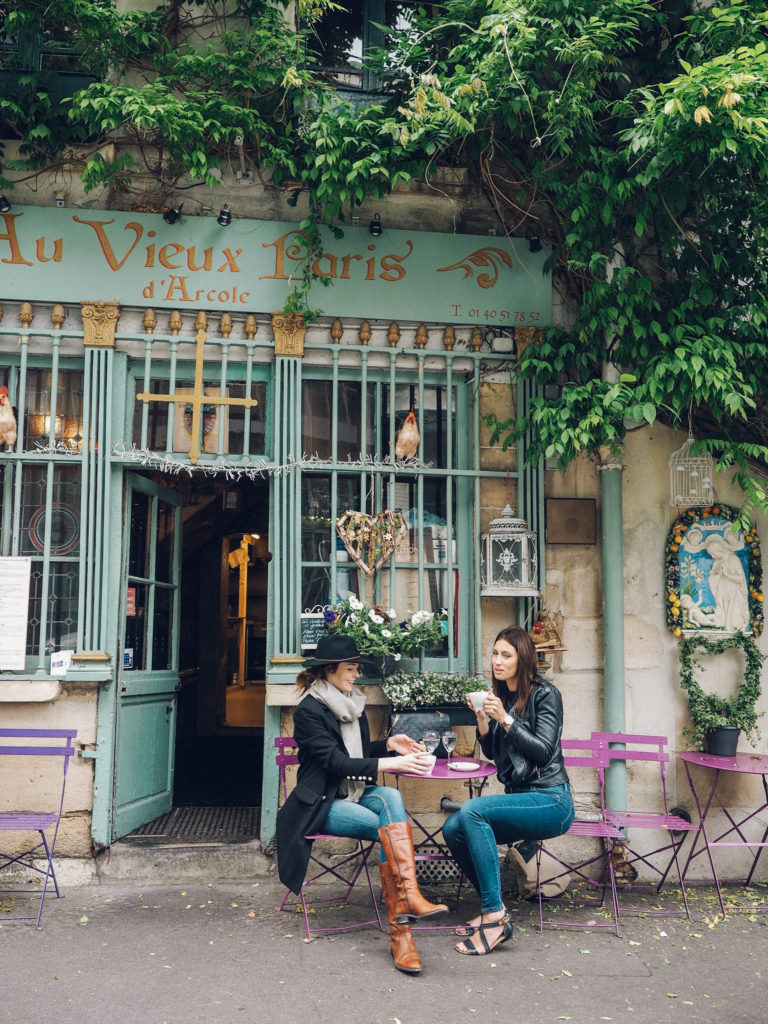 Tucked away on a side street a few minutes walk from Notre Dame is my favourite Parisian cafe/restaurant in the Spring – Au Vieux Paris d’Arcole. You will often find the owners tucked away in a corner enjoying their very own cafe au lait or vino, so be sure to make yourself known on arrival with a friendly “Bonjour!” 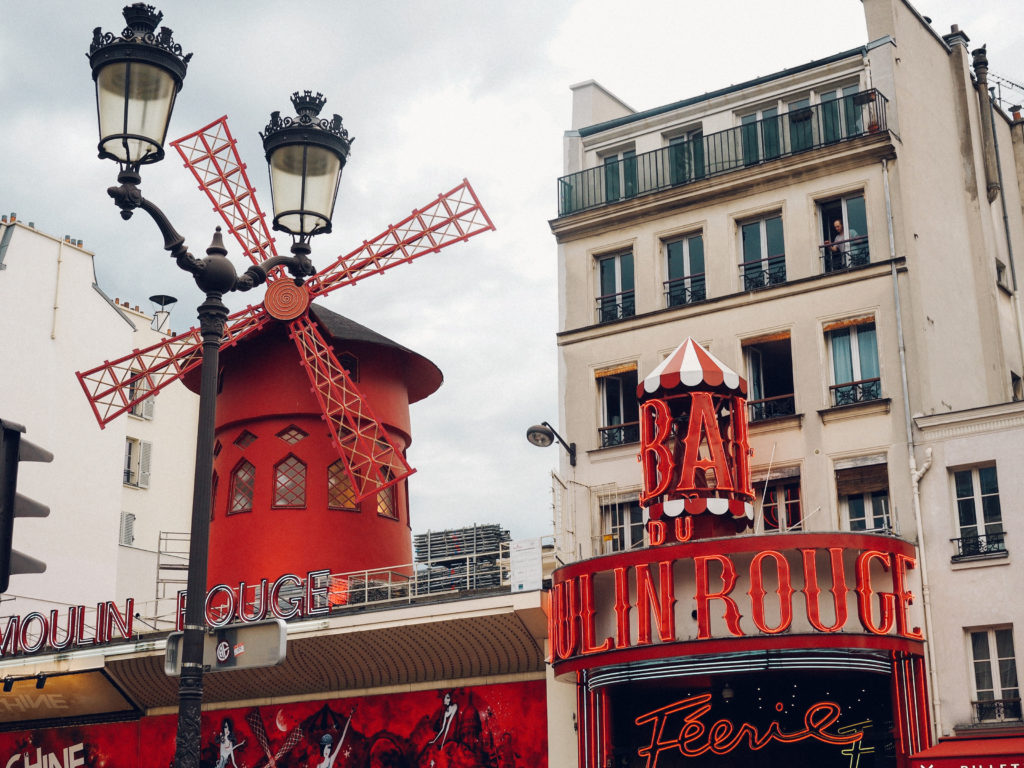 Colourful and quirky, the Moulin Rouge isn’t nearly as glamorous as the film but still a sight worth seeing on your Parisian adventures. Located in one of my favourite neighbourhoods (Montmartre), the Moulin Rouge is still to this day the most famous cabaret in Paris. 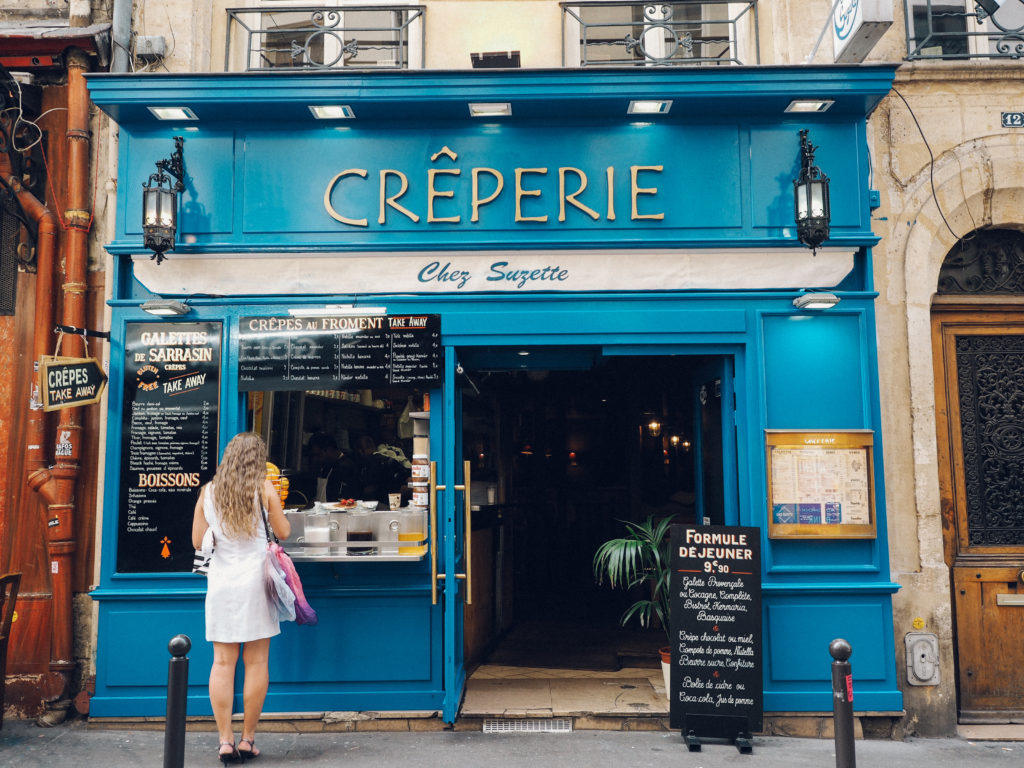 Cheap eats and choices for days, the Latin Quarter is still my most favourite neighbourhood to meet friends and grab a bite in the early evening. There are oodles of cheap eats on offer from crepes to kebabs, all the way through to traditional Moroccan tagine. This colourful part of town is an instagram waiting to happen! 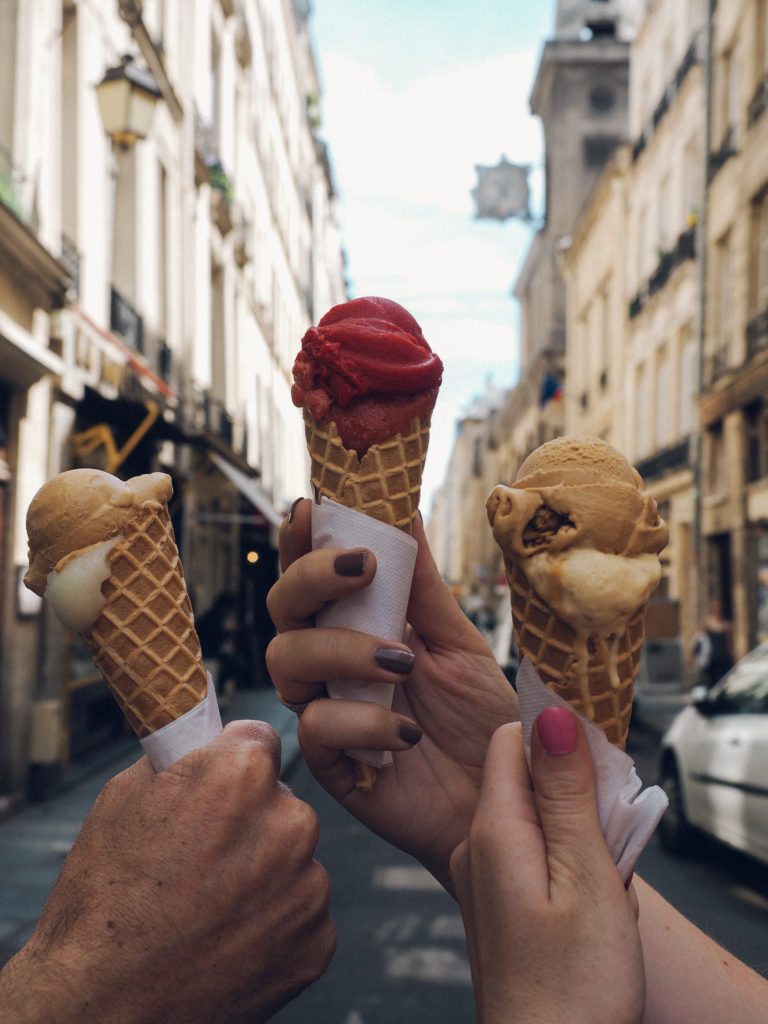 Not only is it the most delicious ice cream in all of Paris, but it is also a perfect Parisian postcard in the making! You’ll find Berthillon on Ile Saint Louis, one of the most quaint and charming islands to explore on the Seine. There’s always a queue in the spring/summer, but the drool-worthy flavours are worth the wait! 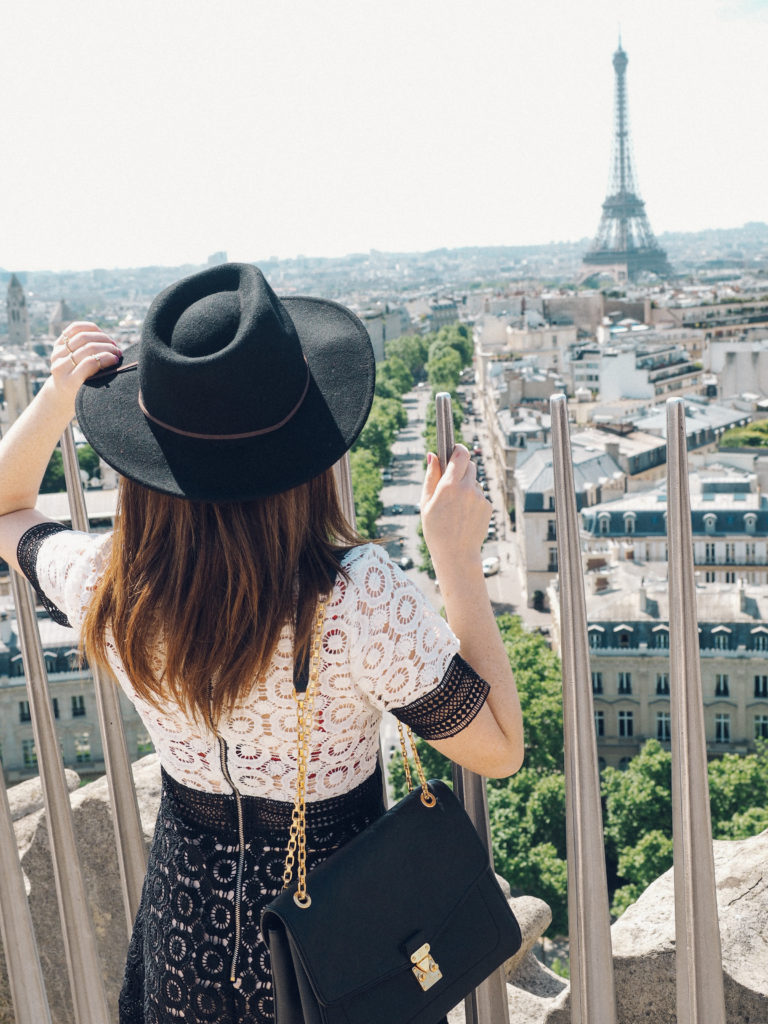 7. The view from the Arc De Triomphe

If you ask me the Arc De Triomphe is still the best view in all of Paris (coming in at a close second is Tour Montparnasse in my books). Despite having one of the best views in the city, the queue is never long in the morning and crowds are scarce, something you won’t be able to say for a trip up the Eiffel Tower!

As one of my favourite neighbourhoods in Paris, I never can come to the city without a visit to Saint Germain. The cafe culture here is alive and kicking, with popular cafes such as Cafe de Flore and Les Deux Magots taking centre stage. Be sure to walk around the small alleyways to find hidden gems a little more under the radar and spend a long afternoon people watching in the summer sun. 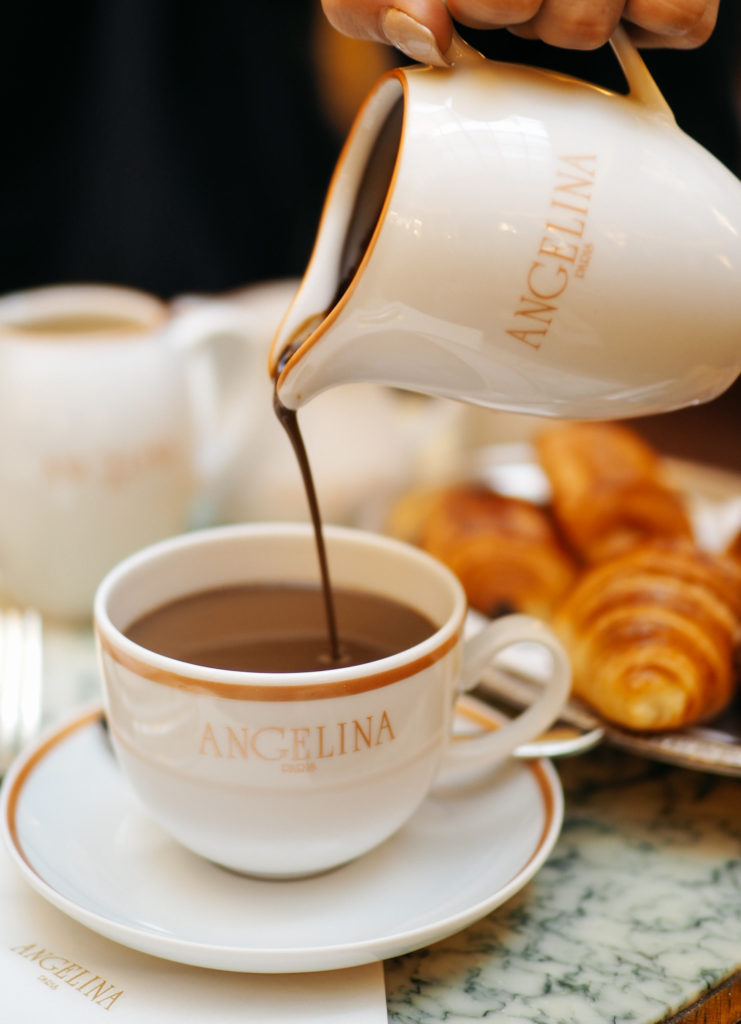 As cliche as it may be, I can’t come to Paris without a re-visit to Angelina for a chocolat chaud and freshly baked croissant. This is one of Paris’ oldest institutions, once being a favourite for the likes of Coco Chanel and her fashionable counterparts. Although there are a number of locations now throughout Paris, the traditional teahouse on Rue de Rivoli is still the best. 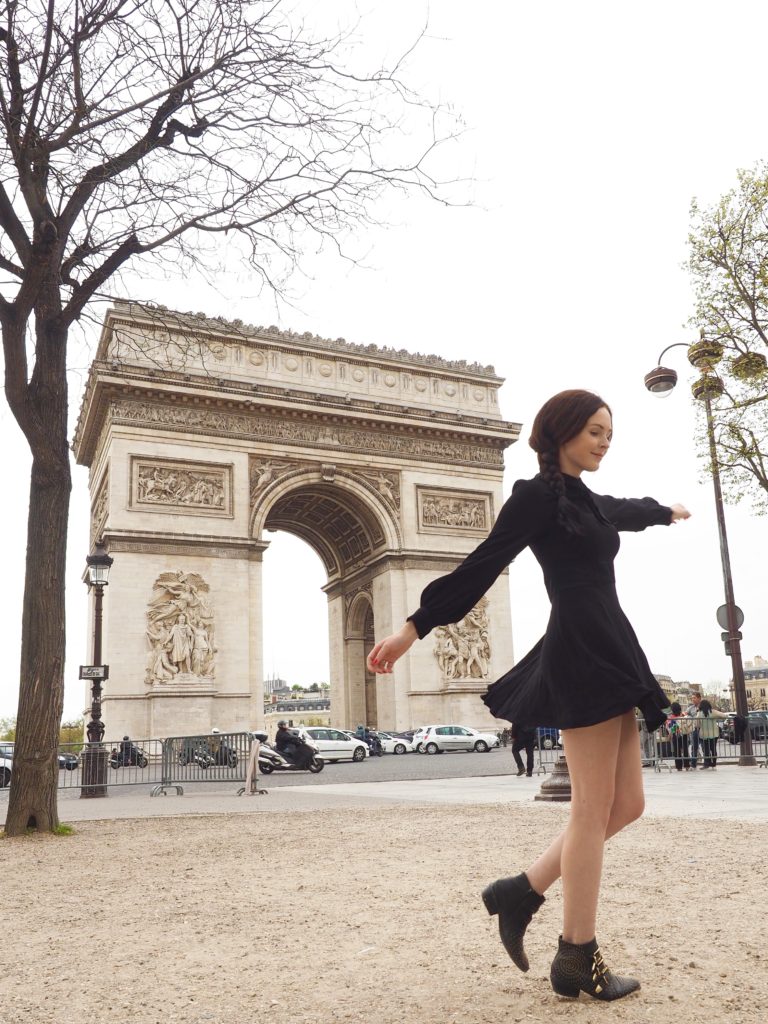 …is a busy street! Although completely overrun by tourists and a nightmare to navigate through in traffic, there’s still a certain kind of magic on Paris’ busiest street. For me that magic lies at the end of the street, right in front of the beautiful Arc de Triomphe. Don’t miss the chance to pop in to Laduree for an afternoon sugar pick-me-up, even if it is the busiest location in the city! 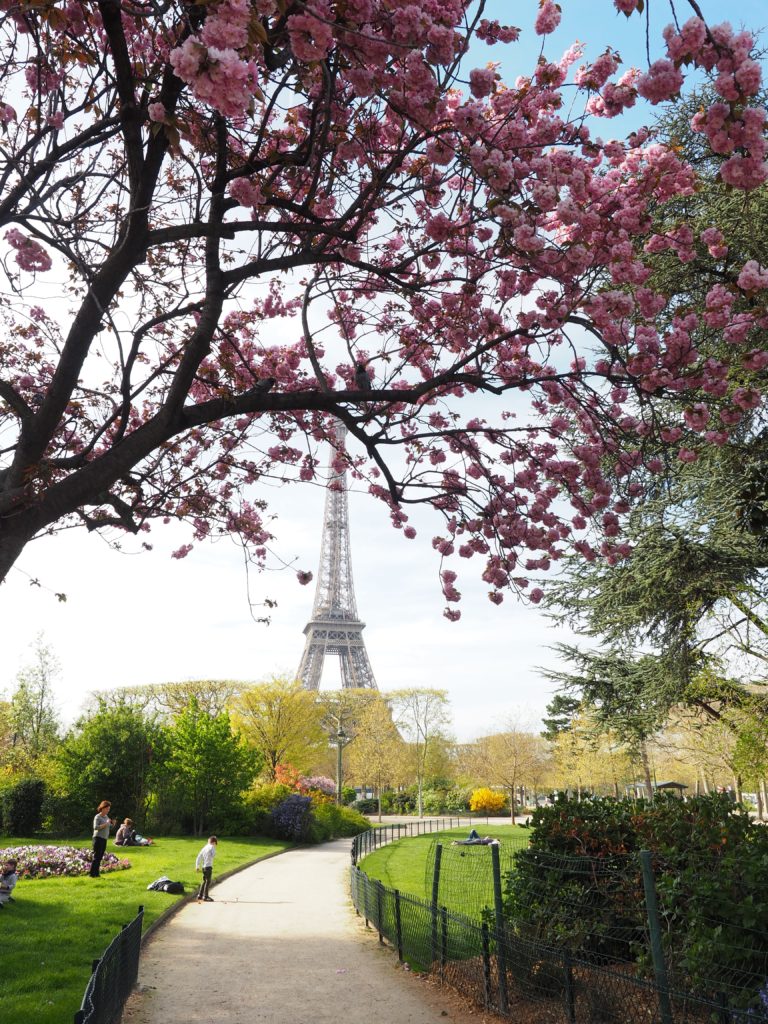 Not so much a location but a time to visit, there is no better Paris than Paris in the Spring. Cherry blossoms bring the city in to full colour in April, which coincides with the beginning of tourist season in the city (though one could argue all seasons are tourist seasons in Paris!) 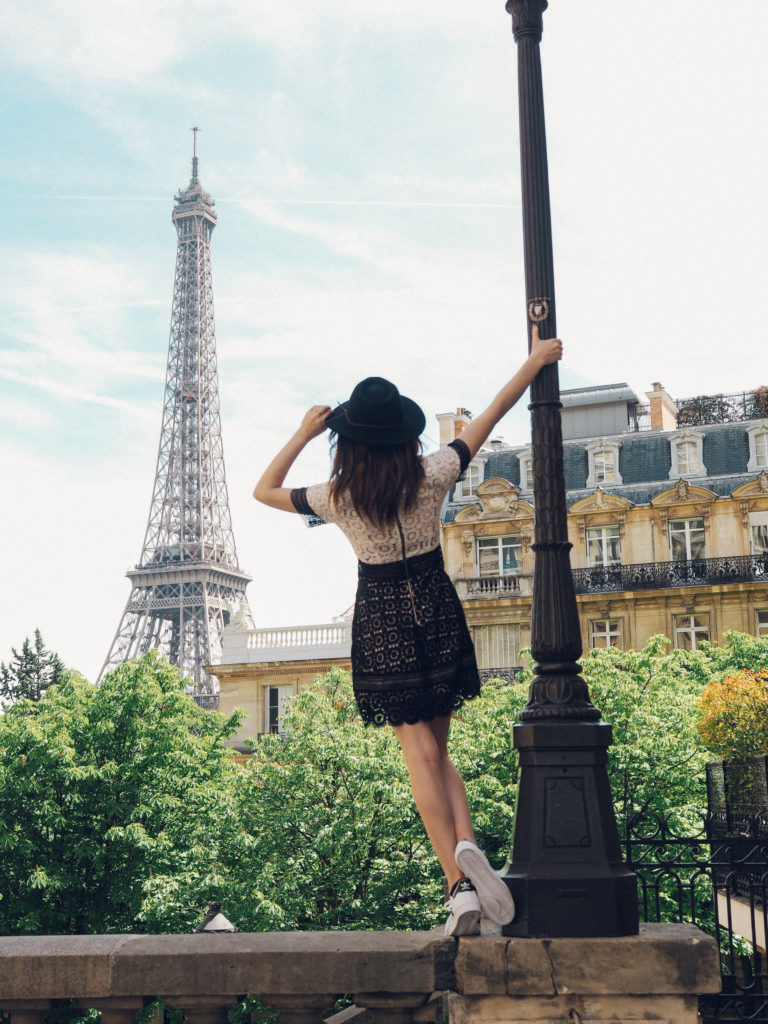 This cul de sac in the 16th arrondisement has one of the best views of the Eiffel Tower, so it comes at no surprise that this little hidden find has become one of the most instagrammable spots in Paris! You’ll find it a few minutes walk from the Trocadero, another favourite spot for instagrammers but always crowded with tourists. 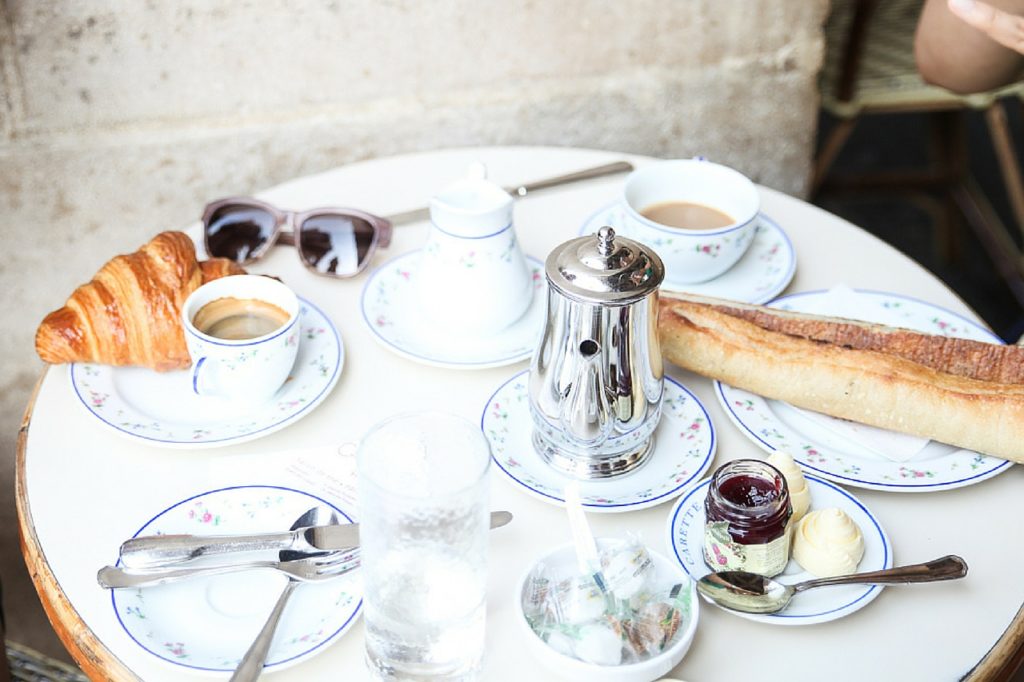 This is hands down my most favourite cafe in all of Paris and the perfectly quintessential “Parisian cafe overlay” waiting to happen. There are two locations, though my favourite is by far the location opposite Place des Vosges in Le Marais. (Image by Faye Bullock for World of Wanderlust). 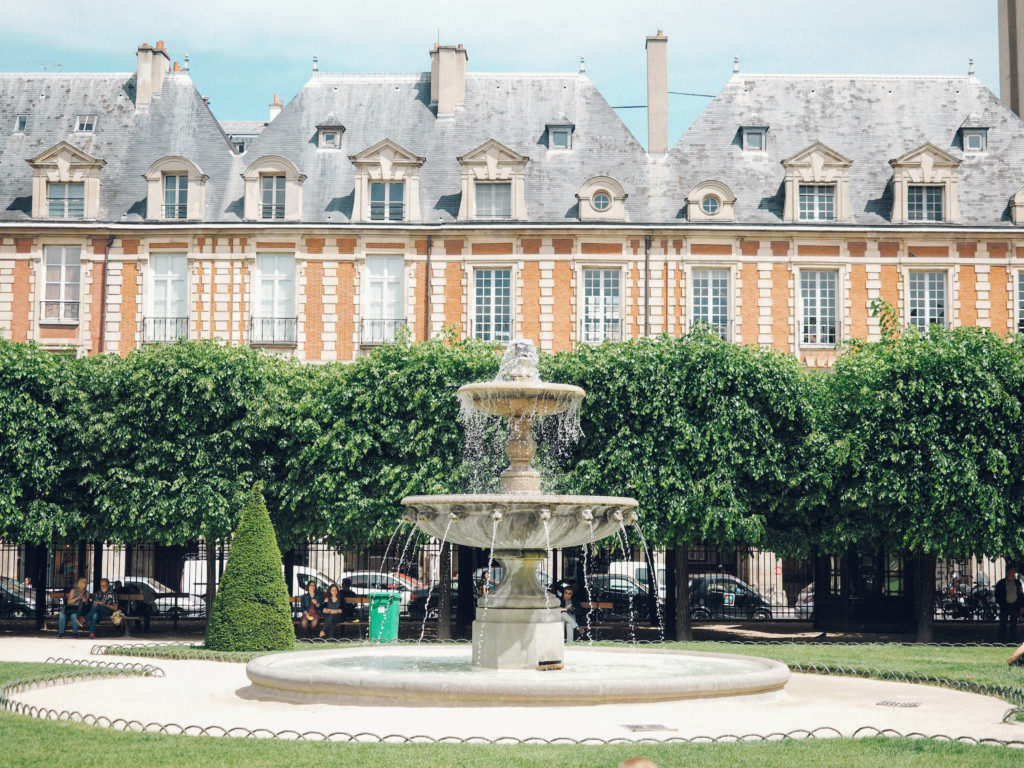 While you’re there, be sure to drop by Place des Vosges, arguably the prettiest public square in all of Paris. Le Marais is one of my favourite neighbourhoods to stay and wander around, offering one of the most authentic experiences in the city in the present day. 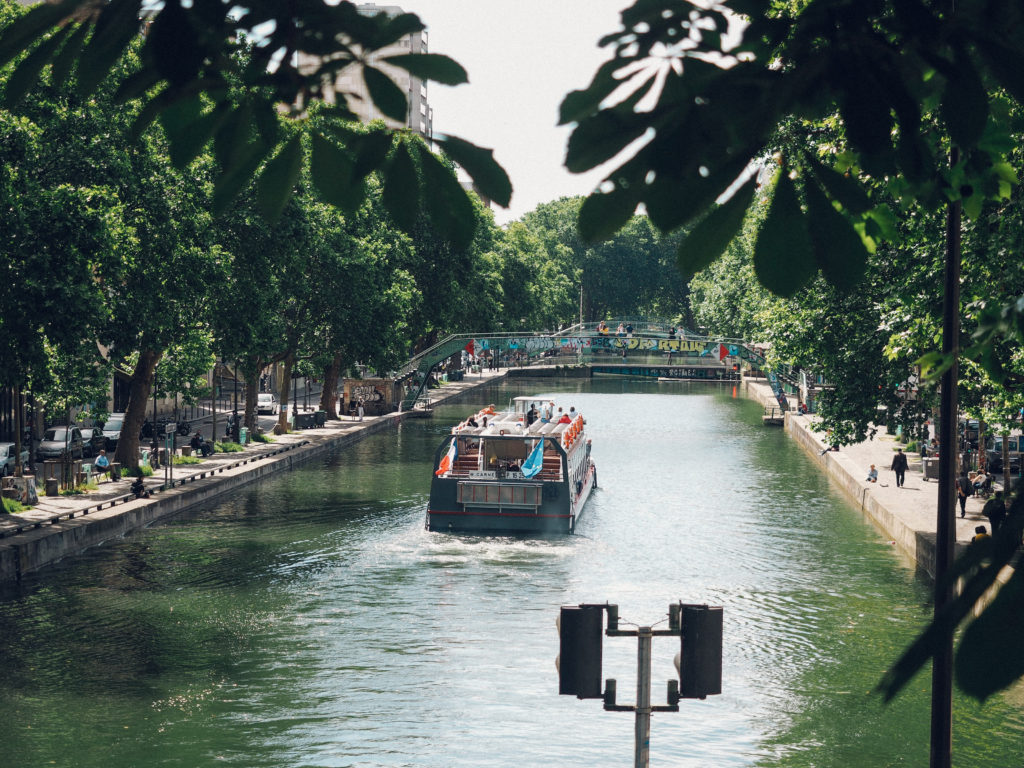 If you’re a fan of the film Amélie like me, you’ll fondly remember the skimming stones scene, located right here in Canal Saint Martin. This is hands down one of the most beautiful and underrated neighbourhoods in Paris, with one of the best bread shops you absolutely cannot miss: Du Pain et Idees! 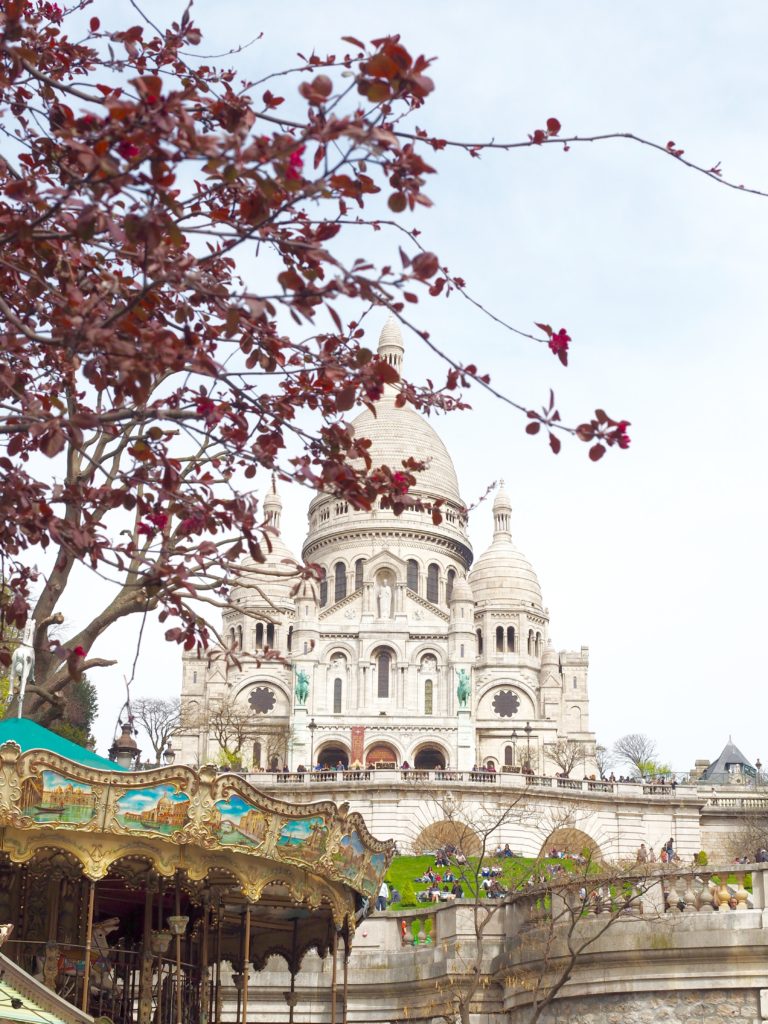 Back up in Montmartre with a panoramic view of the city is one of my favourite places to visit in Paris: Sacre Coeur. The prettiest view is from the base of the stairs, though if you arrive during the day or early evening you will have to wade your way past the beggars and scammers trying to place bracelets on your wrist and make you pay (just confidently walk post with a prompt “non” in response). 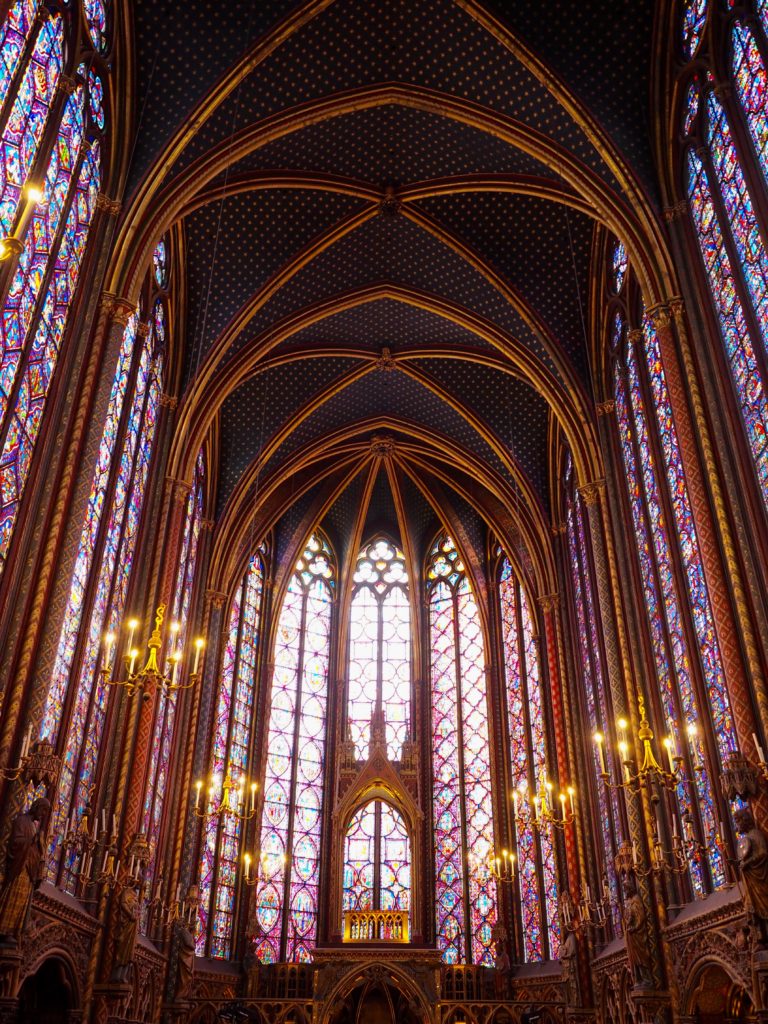 As one of the world’s most stunning displays of stained glass, the recently re-opened Sainte-Chapelle is a picture perfect instagram waiting to happen. Be sure to arrive early to avoid the crowds, though even if you arrive later in the day this is a line worth waiting in! 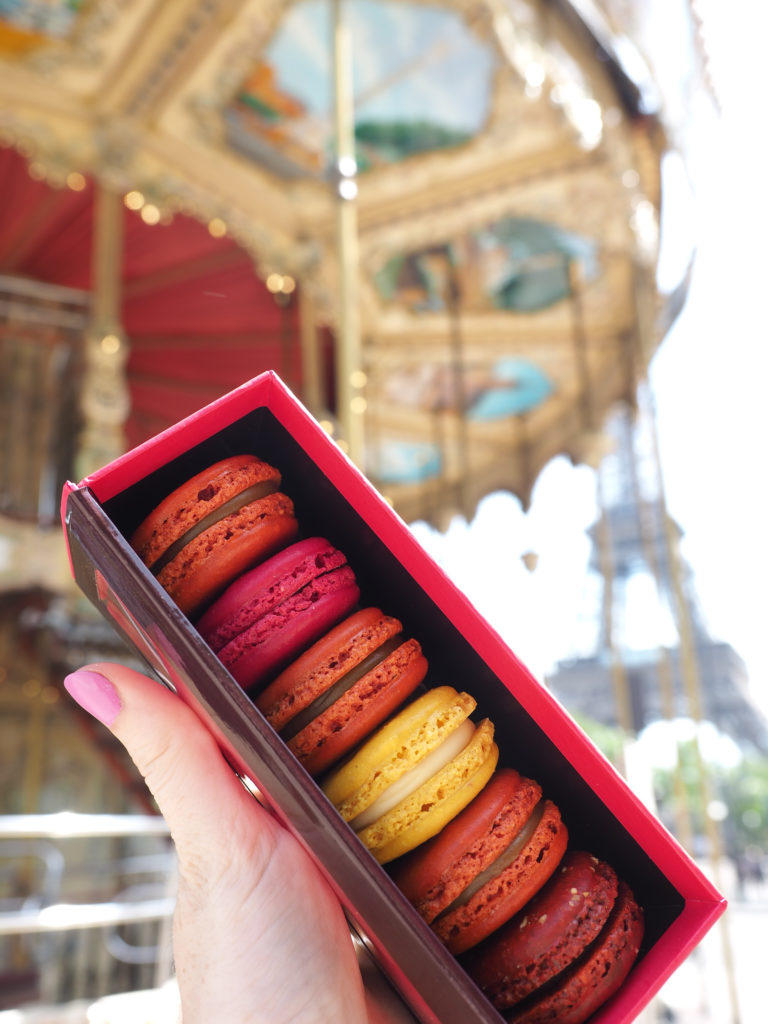 If there’s one carrousel you should visit in Paris for an iconic view of the Eiffel Tower, its the carrousel located at the base of the trocadero. Pick up a box of macarons from Carette en route, sit down, and take it all in with each sugary bite. 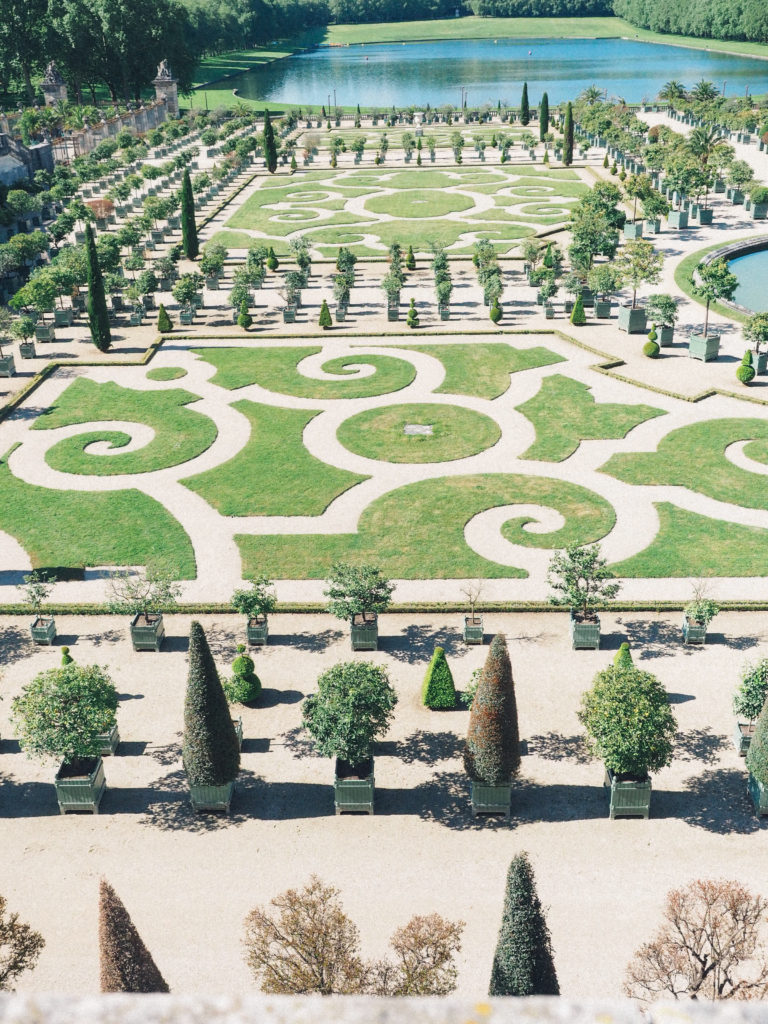 Although technically outside of Paris, a visit to Versailles is a must for any first-timer! The gardens of Versailles are the most intsagrammable you will find, with perfectly positioned symmetry and equally perfect hedge trimmings. 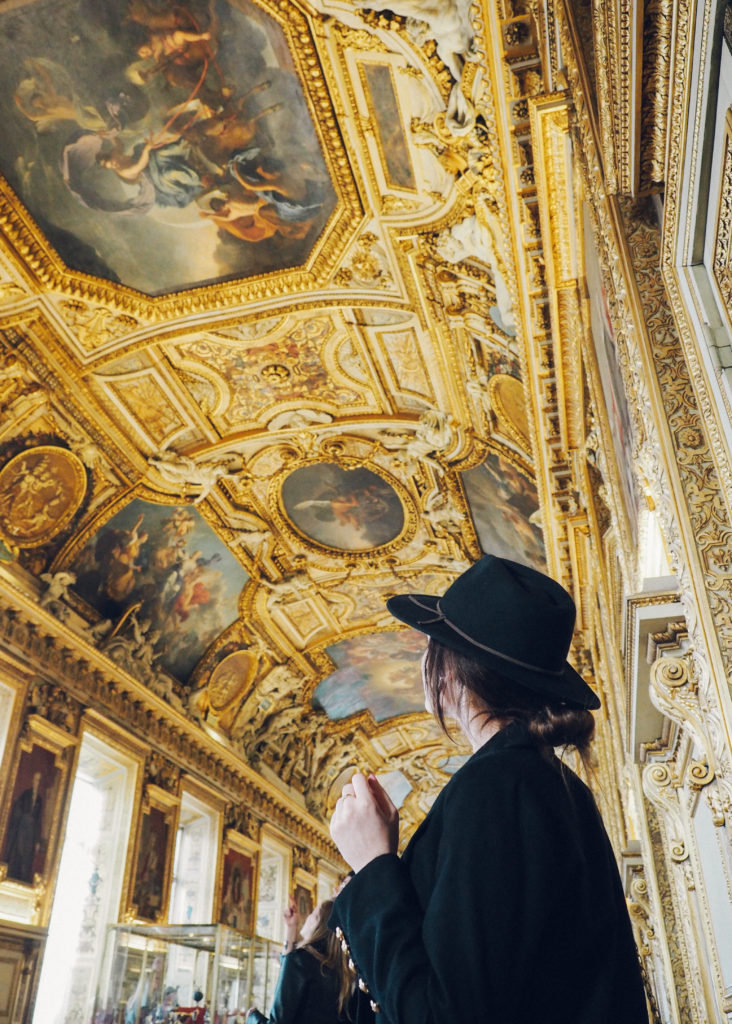 Last but not least, the stunning interiors of The Louvre! I must admit it took me about 8 visits to Paris before I worked up the courage to visit the Louvre, fearful mostly of the lines and wasting my time in them instead of being outdoors experience Parisian cafe culture. But alas, I finally made it on this 2017 trip to Paris! The hallowed halls are some of the most impressive I have seen worldwide and an instagram just waiting to happen. 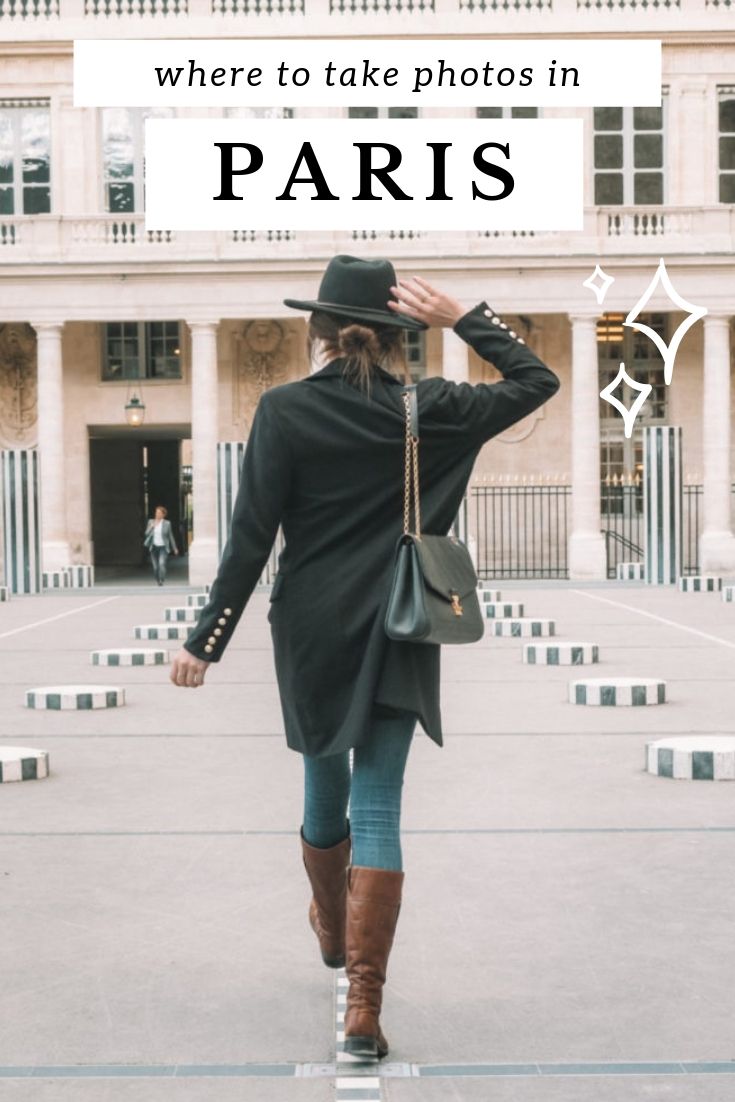